I had a one night stay in the little tiny Luxembourg! Well! I have to say that Lux was never on my mind and on the list to visit! Fate as it is, I was trying to save money seeing that a direct train from Strasbourg to Rotterdam would be 100 over Euros. But instead a train ride to the nearby Luxembourg as well as a flixbus would take me to Netherlands for 40 euros. The savings was way too much. At least that is another country and another city to my list making Lux my No. 27 country! I will certainly share more about this expensive boutique landlocked country next. Luxembourg City, is famed for its fortified medieval old town perched on sheer cliffs. Beautiful! The train ride in was eventful but that is another story for another day! Luxembourg is also one of the most expensive place in the world, on par with Switzerland. Another good reason on why people should just come in for a day trip! I however had one night! There are no hilton option! It is also not a place for backpackers. I just screen thru some of the cheapest hotel on booking.com and found Hotel Empire!

The location was perfect! Luxembourg City is a small place, walkable in less than 30 mins across. I was staying at Empire Hotel! Some random listing that I found on booking.com. It is just directly opposite from the train station, less than 1 min. I had one night stay here and the rate was 109 SGD. Very affordable by Lux standard and it is a pretty nice place as well. Small and boutique! I feel very secure and safe! Furthermore the rate include breakfast as well, which might just be a deal breaker considered that a fast food meal may easily set you back more than 10 euros! They also very nicely include a welcome drink at their bar! Staff is pretty polite and check in was fast. Soon enough I got the key to my room which is located on the 3 level. It is a small building with only around 3-4 rooms per level. The second level is the bar as well as the breakfast area. There are both stairs as well as a lift so rest assured.

While it is only a 3 star hotel and pretty much no frills, I appreciate that it is clean and feels fresh. I was surprised to get a double bed room even though I only book a single room so that was a nice touch. The room is pretty small as I expected. But totally sufficient for a one night stay. The bed is comfy but do have a little bit of creaking sound. I also love the availability of outlets near the beds. Wifi is spotty at times! There is a small entrance with some luggage storage space immediately after entering following by a small desk as well as a tv perched on the wall. The tv was really small. Then it faces the bed. The wardrobe is by the side towards the window. There is not much view to speak of since it rather just faces a side of the train station.

Toilet is located by the side, just next to the bed. It is very small. Basin is super small as well. Nice that hairdryer is provided as well in the toilet. You can also find some toiletries although it is kind of a packet kind. Water pressure is awesome although the controls for the temperature of the water leaves a lot to be desired. Tap water in Luxembourg is drinkable if you want. Lux have one of the cleanest water in the world. 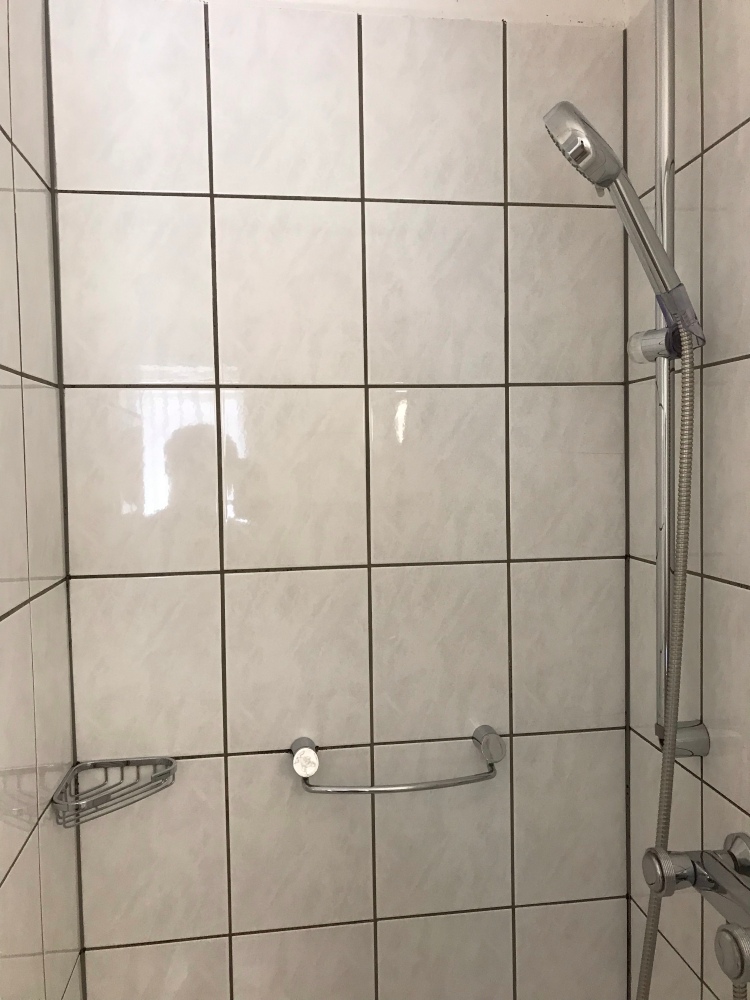 The bar and restaurant area is located on the second floor and they serve breakfast from 7 to 11am. Then the bar is open from 4.30pm onwards. The area is pretty chick. This is also where you can get the welcome drink. However there is only two option, with alcohol or no alcohol! Still nothing to complain about after all it is free. I got some cocktail with champagne and it is served with some nuts as well. That is not too bad! Tasted like fruit punch with booze.

Breakfast is also included which is kind of awesome given how expensive this place is. Although the selection is pretty limited. Food items were pretty good. There are a couple of hot dishes as well as cold cuts. The selections were limited but everything tasted good. I had worse breakfast at better brands hotels elsewhere. The coffee was excellent here as well. You could also find some juices and tea. I especially love that tomato eggs!

All in all, I had a pretty good stay at Hotel Empire. The room is alright for its price point! Clean, safe and there is even breakfast included. Everything I need for a short one night stay. The room might be a little small if you are travelling with a lot of bags but if not that is good. Most of the tourists would only be spending one night here or even just do a day trip to Lux. I would stay here again if I am ever back in Lux. Easy walk to everywhere and the train station is just opposite.