It had been ages since I flown out of Terminal 2, in comparison to the other terminals, it felt kind of foreign, unfamiliar. Usually, I am either in Terminal 3 for SQ long haul, if not, Terminal 1 for budget airlines for trips to nearby countries. I was in fact hopping to have a chance in trying the newest Terminal 4, but Scoot loves being the odd one out, the only low cost carrier left hanging out in Terminal 2. But I believe this is due to code sharing and ease of transit for passengers towards Singapore Airlines. I have actually planned to visit the SATS Premier Lounge, but in a turn of events, ended up at the Ambassador Transit Lounge instead. That is another story for another day.

Changi Airport have numerous Priority Pass contract lounges, perhaps due to the fact how many people here love travelling, and how many people now have complimentary access to lounges these days. Contract lounges are constantly crowded at any time of the day these times. To be frank, sometimes it felt too crowded to be comfy any. The Ambassador Transit Lounge is located on Level 3, just next to the Sunflower Garden and the Transit Hotel. The lounge is open 24 hours. I didn’t had high expectation for the lounge at all but rather just looking to get a bite before my flight. I was certainly impressed but the look of the lounge, it certainly look fresh and bright, an inviting space.

There was no queue at the entrance and it was well decorated, at the very least the entrance was nice, decked in wood finishing and warm lights, it felt cost and inviting, pairing it with some white lounge chairs as well, that it a style that I could take. 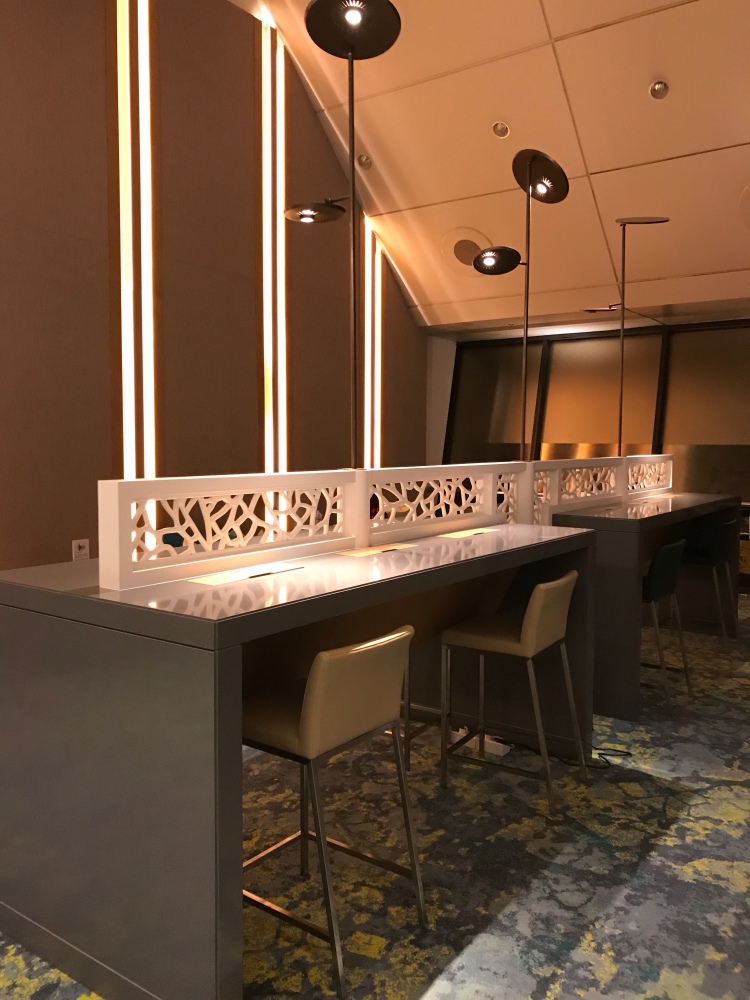 The lounge is actually an extremely small space, the interior was certainly not as nice as the entrance. Just immediately after the entrance, you can find the washroom, I will come back to this later on. To the right of the lounge is the refreshment area and some dining tables. There are about a space for 6?

Refreshments was extremely limited. There were 2 lukewarm unappetizing hot dishes, some egg tarts and toast, a salad bar. The drinks was also very limited, a soda fountain and some juices. In the fridge you can also get some packaged sandwiches and some juices. This is in fact the most miserable offering I have ever seen in a lounge.

In addition, there was also a fishball noodle station where you could order noodles from the staff. However the area was so dark that you will expect that it is actually closed.  Furthermore the staff were so displeased that I ordered a portion. The service standard was never seen before in my life in Singapore. And that speaks a lot. 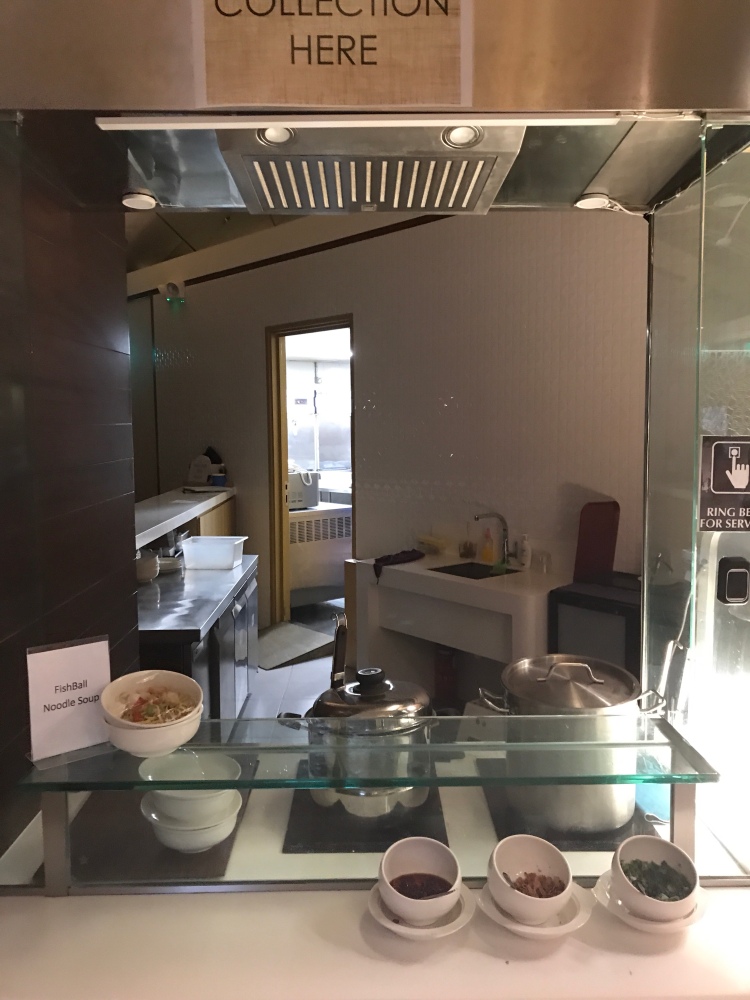 To the left of the lounge is the main lounge area. They are segregated into different rows and having seats lined up against each other. Each of the seats also have outlets conveniently located next to them. However, it doesn’t seem too private and comfortable since you are facing each other while seated down. 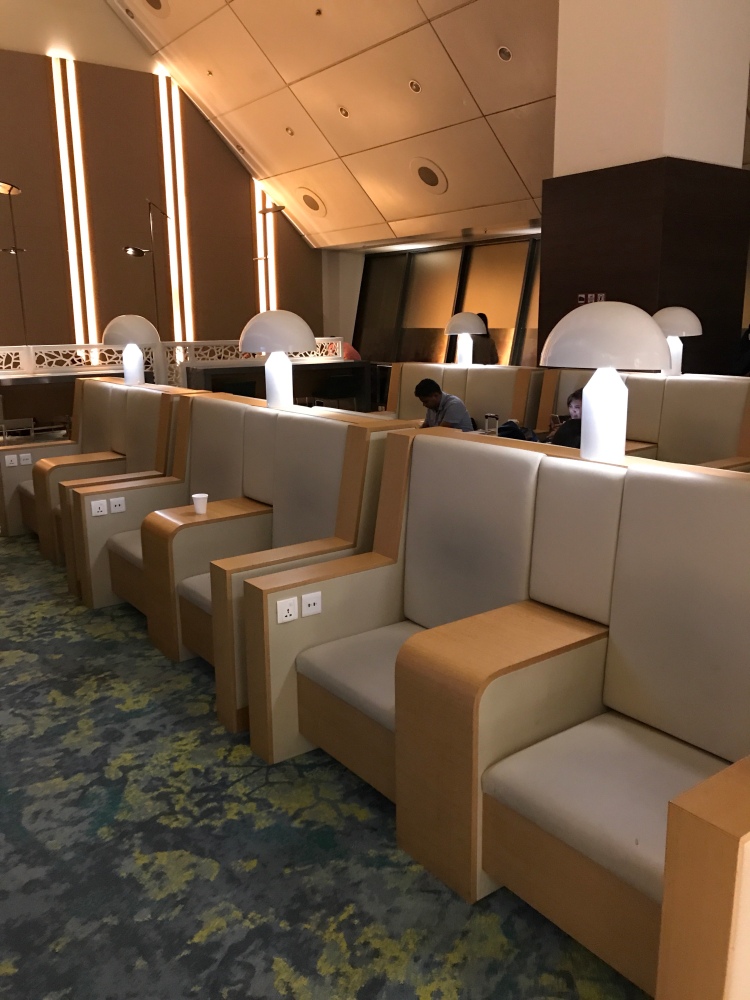 You also have a very small business centre with 2 computers and also some high top seating at the far end of the lounge. This has certainly got to be one of the worse contract lounge that I have been to. In fact, I would say it is the worse, I will definitely avoid coming here in the future. Of course, it goes without saying, you should never pay to come here. 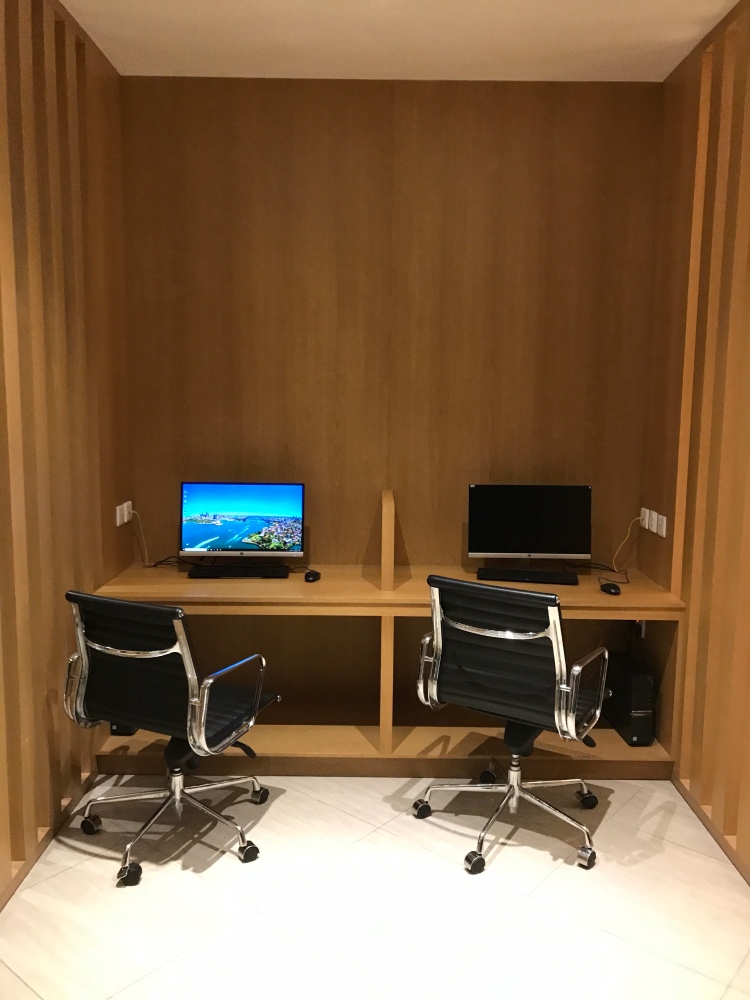