With my previous post sharing on the last city that I have visited in Chapter Wanderlust! It pretty sums up my travel in Europe this time around. 18609KM that I have travelled at the minimum, 6 countries and 22 cities over a period of 44 days. I had fun and chronicles most of my adventures here at Seeing The World In Steps. It made it kind of special that a little guy from Singapore is able to see much more over the horizon while staying in a little red dot. It is time to share some of my personal thoughts and make a little summary of this trip, Chapter Wanderlust. Hopefully it will be helpful if you are planning something similar. I shall start by sharing on the trains product in Europe. Travelling by train is one of the easiest and the advantages in travelling in Europe. I had tried products from Italy, Germany, Austria which are some of the most common ones that you will probably undertake if you are travelling around the region. So this is pretty much a summary of each of them.

Let me first start with the German ICE Train, the cream of the crop of the vast Germany DB Rail. It is the national rail of Germany and it is super comprehensive. It is one of the most reliable rail networks in Europe. The ICE Train is also the name for their high speed network, which can goes up to 300km/hr. Connecting Berlin and Munich in just 4 and a half hours. The ICE Train is also one of the most comfortable ways to travel around Europe. Even in the normal Second Class cabin, which is where most people travel on, you can find comfortable seats with a better recline and leg space than economy class on planes. 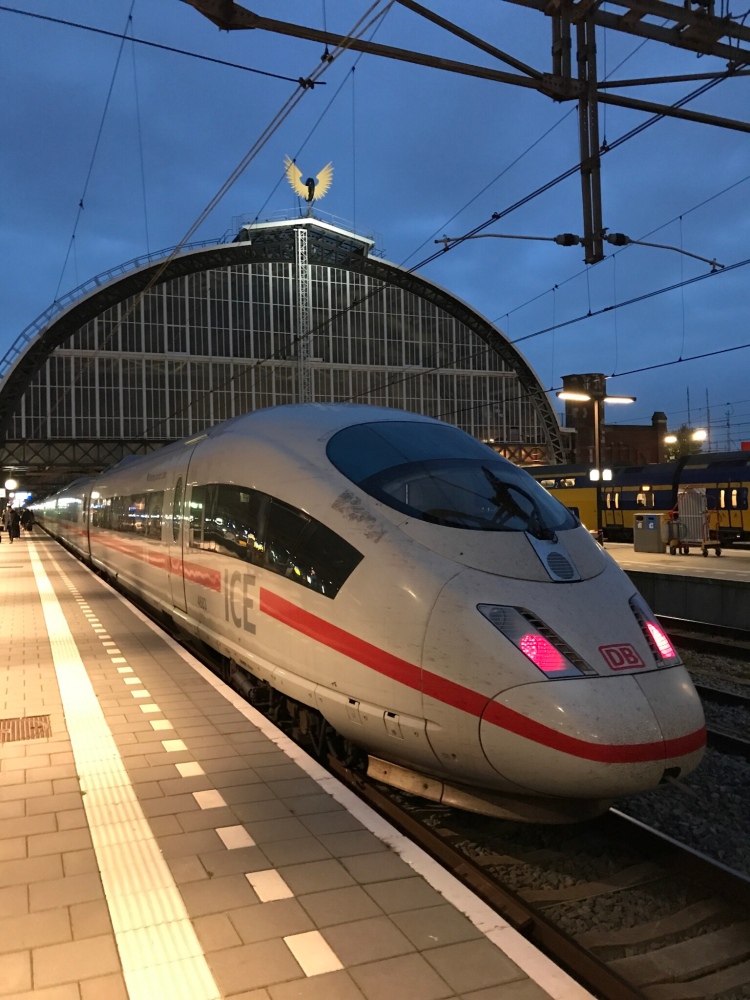 Furthermore, on high speed trains, there are also free wifi being made available. Although the speed may varies, usually depending on how crowded the train is. There are usually also a restaurant car on the trains where you can get some grub while on your travels. On each seats you are also able to find power sockets and jacket hanger. In second class, it is usually in a 2-2 configuration.

While in First Class, which provided greater privacy and more space. It is in a 1-2 configuration. Sometimes when purchasing in advance, the difference is quite small. And you also get access to the lounge. The greatest benefit of travelling in First Class is having a seat, more luggage space and slightly faster wifi as well, since most of the time First Class cabin are pretty empty. ICE Train are popular in Germany, it can also be said as one of the main rail hub in Europe. This is probably why they are pretty crowded.

Next up would be the Austrian Railjet. I find them slightly newer than their German counterparts. The seats are much more spacious. And the wifi is faster as well. Seemingly the trains are more empty, so that might be the reason. Here is how the first class looks like on the Railjet. 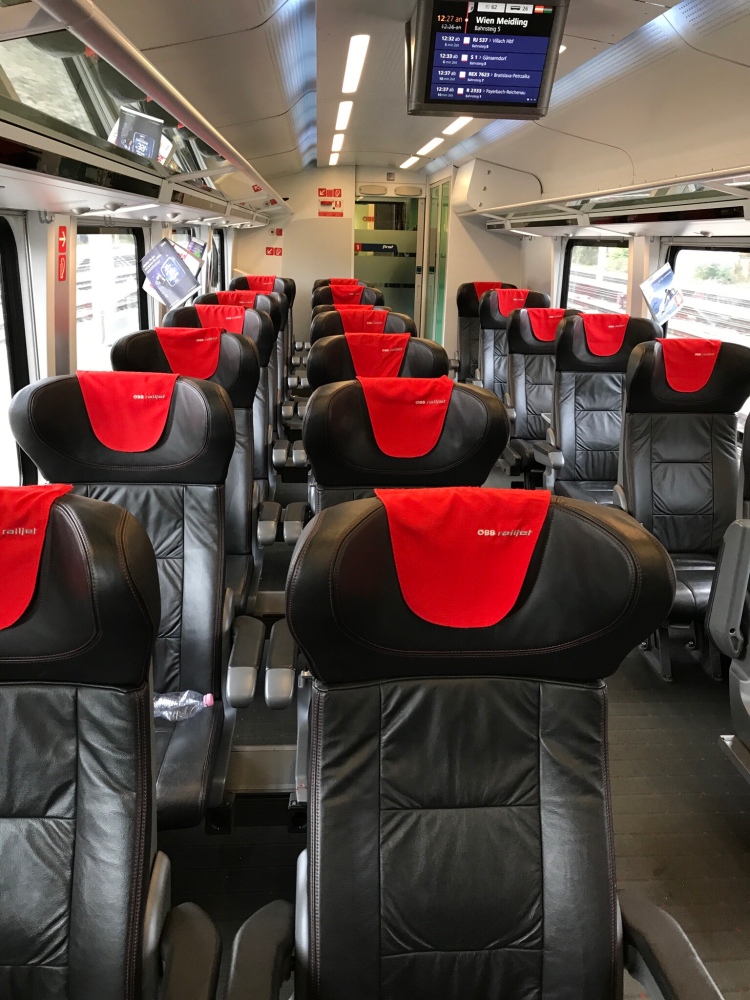 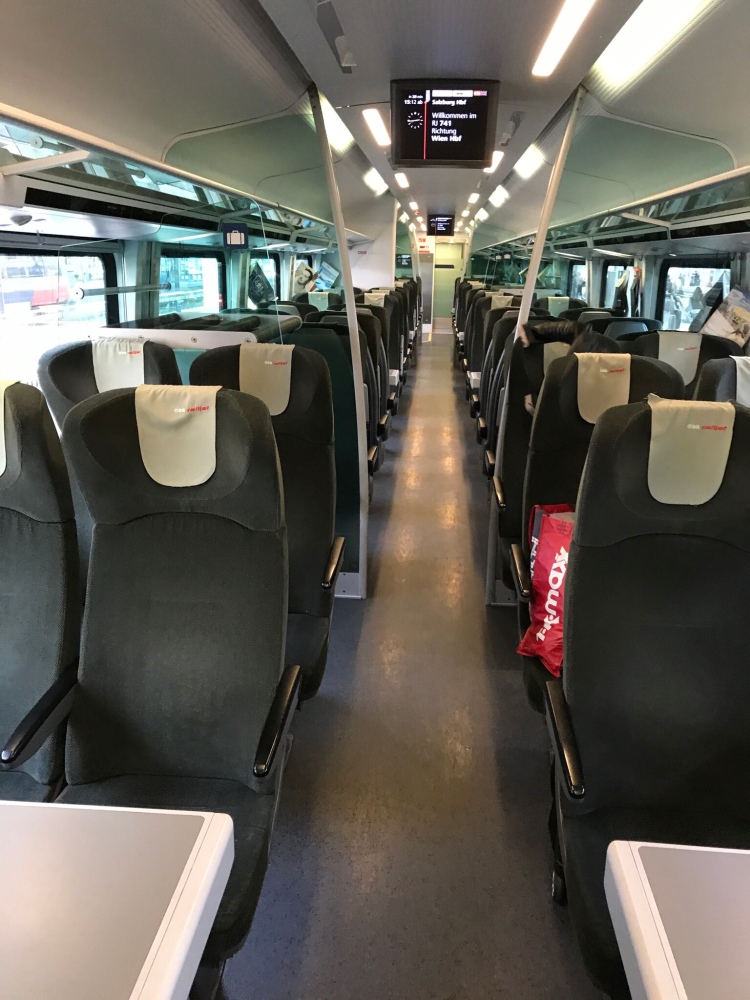 Italy is slightly special since for major rail routes, there are actually two operations of high speed trains in the country. There is Trenitalia which is the national rail that operates the regional train as well as their high speed train known as the Frecciarossa. It connects most of the huge cities in Italy and perhaps most of the tourist destination as well. For example. Rome to Milan only takes 3 hours and my journey from Florence to Bologna only takes 30mins. 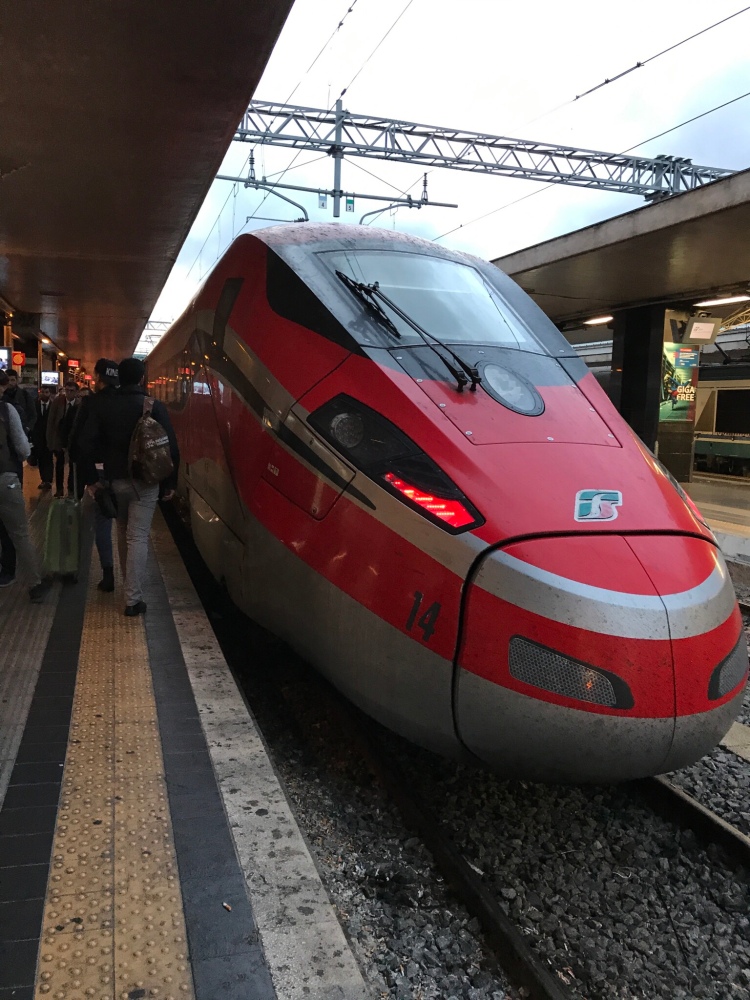 I actually love the Freccisrossa, even in Second Class, they have leather seats, which is so much more cleaner than the cloth kind in the ICE and Railjet. Everyone requires a seat reservation, so there is definitely a seat for you. One thing that I do not like is the booking system on their website which is so much harder to use than their counterparts. Their app is also not very tourist friendly with most features in Italian only.

However when travelling in Italy, you have the options of comparing prices, which I will say is a good thing for the consumers, since in Italy, there is a private rail company, Italo. Which also operates high speed trains around the country. This actually provides better options for us and I guess better prices. I tried their Prima class once which is similar to a First Class cabin. It is in fact my favourite and the best out of all the rail products that I have tried before. Not only are the seats super comfy, there are almost like domestic first class planes seats. There is also a slight beverage and snack service. Perfect.

To share a little on travelling by train in Europe. Being in a custom unions, there are no passport controls, which makes trains the most desirable way of travelling in Europe. Seemingly a rule of hand, if the train journey is less than 5 hours, it is much more convenient than taking a plane! No queues for security, No queues for boarding, No need for arriving 2 hours earlier to the airport, No need to travel to and from the city centre. Since most of the time the train stations are right smack in town. It is so fussless, buy a ticket online, nowadays, you don’t even have to print out your ticket. You can just screenshot or use the many different apps.

Just keep in mind that sometimes connections are very tight and know where your next train are departing from when changing, especially at a huge station. Some tips from me. Only go to the toilet when the train is between stations, especially when travelling solo, rule of the thumb, if someone stole your stuff, there are still on the train. When it is your station, head to the door and prepare to alight. Trains usually stops only for a min or so. Not all of the high speed train requires seat reservation, for example the ICE and Railjet can be free seating as well. Only in Italy is a seat reservation compulsory.

Which Train is my favourite. Actually all of them are almost the same. I have tried most of their First Class and Second Class cabins on all 3 national rail. Besides that I have also tried the Prima class on Italo, a private rail in Italy. I would say that Italo was the best, this is most likely due to the fact that they are a private rail company. 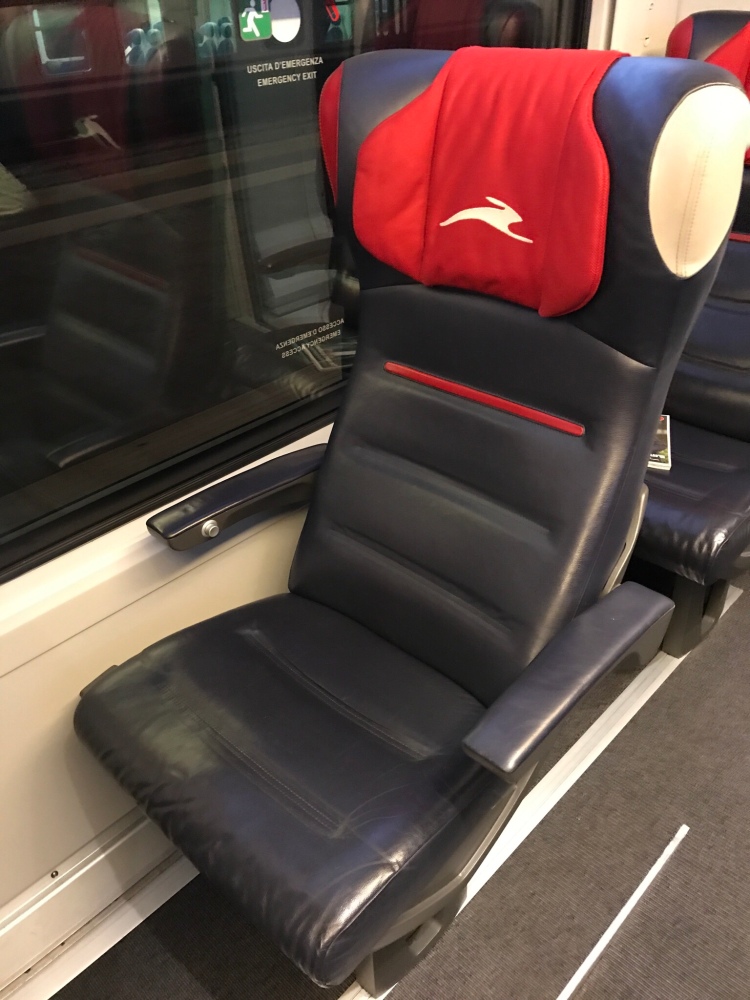 While the national rail are just far too affected by the unions. The ICE Train gets pretty crowded usually, although it still really depends on the route. Wifi wise, I feel that the Austrian Railjet are pretty well. In fact their trains are also the most empty ones!

To go for First Class or not? Usually I will look at the price difference and if it is not much, for a journey of 3-4 hours or more, I may just pay the slight difference. Second Class is perfectly fine. And in fact, you may even find a great seat partner. Which happens to me when I travelled from Cologne to Brussels. I spend most of the journey talking to the French guy that sat beside me and time pass in no time.