After the great meal earlier, we had a nice little stroll back to the Millennium hotel to check out and change hotel to the Hilton London Metropole for my next 3 nights in London, it was nice to do some exploring at the Mayfair area after breakfast, admiring these beautiful gorgeous houses in this neighbourhood, also passing by some of the embassies.

As mentioned previously, my stay at the Millennium was a benefit of my American Express Ascend card, although gorgeous but the cost of extending was ridiculous! I found the Hilton which was a short distance away and located extremely near, actually opposite the Edgware Tube Station so the location was pretty good actually, moreover it was a short walk away from the Paddington Station, super convenient for my departure to Heathrow on Saturday morning. However, it is worth noting that there isn’t much things to do nearby this hotel, not much shops and restaurants as being near from oxford street. Thankfully, there is a Marks & Spencer department store opposite, thus the food section became my frequent haunt for water and some food. The rate at the Hilton was reasonable, being a 4 star hotel that was of this size, it cost me 405 Pounds for 3 nights in a triple family room with 3 single beds, despite being part of a promotion rate it is also eligible for points/miles. At first intending to walk over from Millennium, the lazy me decided to take a London Cab instead. Hey, it is an experience to try out the famed taxi in the world. It was great, huge enough for my suitcase and also the 3 of us, the driver was pretty good too. Driving a taxi in London is actually super good, protected by glass from the passenger and no passenger are allowed to sit in the front. Strict rules for the passenger, and it pays well too, the driver is also not expected to help the passenger with the baggage at all. It was just a short trip of less than 10 mins in the gleaming powerful spacious cab, the driver was also nice enough to drop me right at the slope part of the entrance after seeing my gigantic luggage. Short and sweet but cost me 10 Pounds. Nice business right? 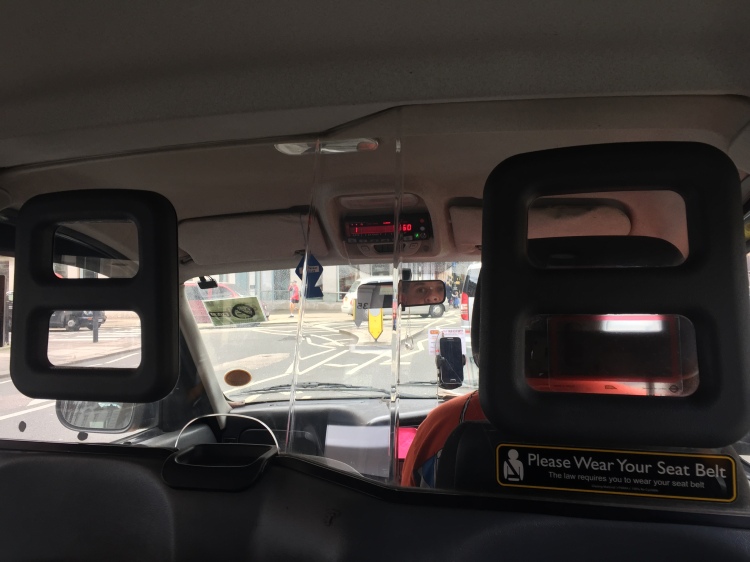 The hotel does has some crowd but I will say reasonable enough since there is more than 600 rooms! Being a Gold Hilton Honours member I was able to queue at the priority queue and was almost served immediately, helped by some of the china tourists evil stares. Hello, I am sorry, just get a membership. By being a Visa Infinite holder I get annual renewable Hilton Gold membership which was definitely useful, besides first track services, I also get free wifi usage and also breakfast in the morning. Wifi is super valuable when we are overseas! I was served by a lovely associates who welcome me and also thank me for being a Gold member, I really enjoyed being appreciated automatically by the staff and not informing them that you are a guest with status. It is so much different, I was offered a upgrade to a larger and higher room but with 2 double beds instead, it was good and I could flip and turn around tonight. However, the room will take some time to be ready. This was fine by me since I am about to head out to the Tower of London.
With my baggage checked with the hotel, off I went. The concierge was also extremely helpful and engaging, guiding me to the Tube with his knowledge about the area. There is just something special and unique about good service and hospitality. It isn’t just being polite to the point where you are scared, please, thank you, may I, it doesn’t represent good service actually. I will prefer someone that has that in them that makes them interested to help you, it shows that they are being passionate about their job and start to engage with customers. Asking them how they are and how could they helped, I will really prefer to have someone that is interested and engaging. It’s about being proactive.

I was delight with the room, everything was great, 2 large and high queen bed that weren’t too soft, the pillow too. I actually hate hotel beds that are soft like a sofa and also pillow that can be flatten into a prata. The toilet size was good and most importantly, the water pressure, it makes showering so much better. There is also a ice machine on each level near the lifts where a ice bucket could be found in the room. Time for some cider drinking in the room! Peter Thomas Roth Toiletries were also provided, which is an significant step up from the normal hotel branded ones!

In the morning, I went down to grab some breakfast, perks of being a Gold member. The selection was huge though but honestly speaking the quality isn’t there. Thin and pale filtered coffee that come from a dispenser and oily normal frozen franks, it really let me down. Perhaps my standards have raised after having that gourmet meal at Aubaine. Although I really love the waffles at the buffet, it is sweet just nice to the point where I love it, especially the slightly harden edges and moist in the centre. In a nut shell, I really do adore this hotel, the balance between the price and comfort is pretty good, especially the close vicinity to the Tube and Paddington, which makes it’s perfect. Although they isn’t stuff near the hotel but in London, where it is so huge, we usually travel on the Tube. The free breakfast for Gold member was also a plus.
Stay tuned for some of my greatest meals in Europe, The Ledbury and Bread Street Kitchen. Also coming up will be my take on London.