One of the best thing to do in Bali is to hike volcanoes. Bali, an island is known for its volcano mountains, there are two prominent ones over here. One is Mount Agung and the other is the one I did hike, Mount Batur. Both of them are active volcanoes. They are popular with hikes and the travellers with Mount Batur being the easier one. Mt Batur is 1717 metres in elevation making a hike up around 2 hours for the average person. I was intrigued by this, after all it is my very first time to Bali. Sounds perfect for me after all it is an experience and I have never hike a volcano before. Checklist! The most popular one would be a sunrise hike and this is what that made the unfit me go for it. I love sunrise and sunset, just for that lovely sight of it. I decided to head on to challenge my fats to this 2 hours of climbing. Well! Let’s do it! Furthermore this is also one of the most popular activity when in Bali. Also, a sunrise hike usually means that you are being pick up at your accomodation around 1.30am or 2am depends on where you stay. Follow me on the journey.

I got the tour from Klook which is rather popular, I also did some research and they are one of the cheapest ones out there. There is also a choice to combine your sunrise hikes with other activities such as a hot spring or other attractions in the vicinity. You can also opt for a join in tour or a private one. I choose to go for a private tour since the different is not huge, I also do not want to be a burden since I am afraid that I will be slow. We did not get any other activities since I heard that you are usually too tired to do any other thing after that and we are already heading to most of the sights ourselves. For the party of 2 for us, the private tour comes in at 52.70 SGD per person. This include all expenses, the driver, guide as well as a breakfast at the summit. It also include a short trip to a coffee plantation after the hike on the way back. 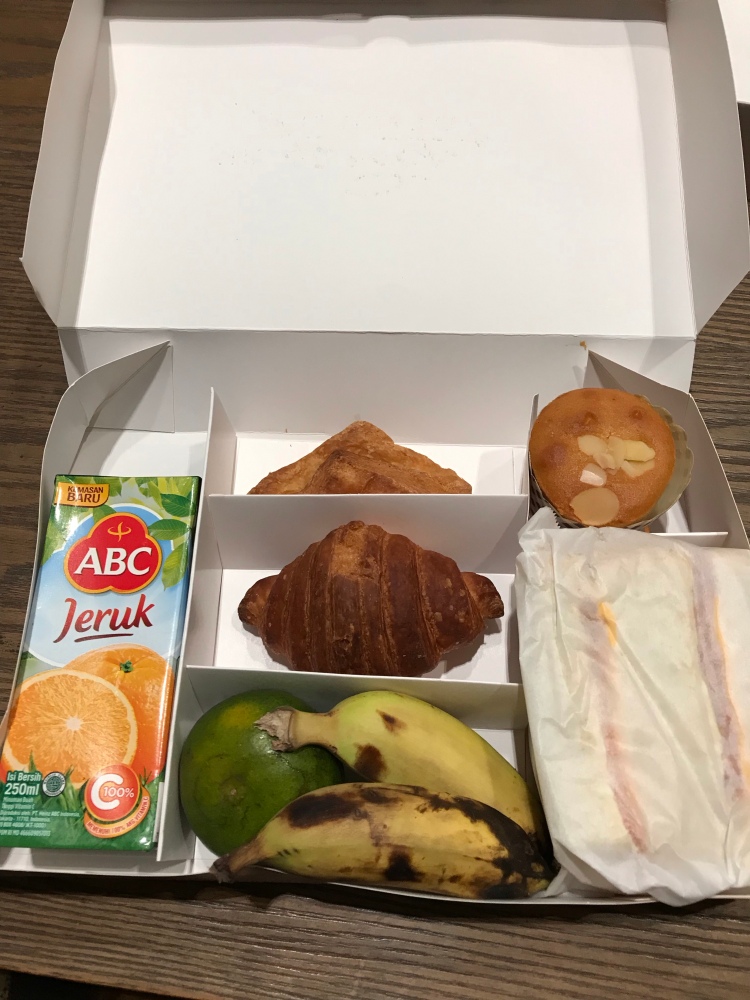 We got pick up at 1.30am based on our accommodation which is at Kuta, the drive there is about 2 hours and this is with no traffic and plenty of speed by the driver. It is pretty far away. Mt Batur is located in the north east part of the island. We caught up on some rest in the car after barely slept beforehand. This got to be the most commitment I ever shown to a hike. 1am call time. OMG. We got to the staging point, which is like a little carpark at around 3.30 am. It is pretty busy even at this timing with plenty of hikers and fellow tourists. We got introduced to our guide and we were also passed torchlights and a bottle water for the hike. Here there are plenty of locals who try to engage you in renting a jacket saying that it will be cold. While the weather was cooling and chill in the morning and it might be at the top there is absolutely no need for a jacket. It will just be a burden later on. Thankfully we did not. I did the hike with shorts and dry fit tshirt and I was fine.

The hike started out with a path before it gets more challenging and steep with unpaved rocky roads. You really have to watch out and use the torchlight since it is pitch black at this time. Be careful, it is actually a pretty rough terrain and challenging. I was certainly taking my time and another thing that you have to do is to look up at the sky. It was the most beautiful one that I have ever seen. The pitch black darkness allow you to gaze at the plethora of stars lighting up. It is so pretty, sadly they are a little hard to be captured on pictures, well at least with my Iphone.

There are a couple of rest stops along the way, it got really though at some point and I was so tired. I am an unfit person and well this is the toughest hike I did. The route is around 5km each way and it is further exaggerated by the steep incline and rocky rocks. Some of the steps are really high as well. Thankfully my guide is a good one and help me certain times. I also take up plenty of rest along the way. Remember the jacket thing previously, thankfully we didn’t. It got warm significantly once you start the hike and I was sweating profusely! The cooling weather is the only thing preventing me from giving up. As well as how badly I wanted the view of that sunrise! It was kinda foggy early morning in the day although thankfully it did clear up later in the morning.

Despite me being the slowest of all people I think, I managed to get up to the summit at around 6.30, taking around 2.5 hours. On the average, can’t believe I did it in that time. So thankfully. It is certainly an achievement and a wow feeling once you get up. I have to say the view is that much more sick when you work hard for it. At the top there are plenty of people just gazing and taking plenty of pictures. It is a nice space to wonder around and check out the crater. There are plenty of monkeys around too. 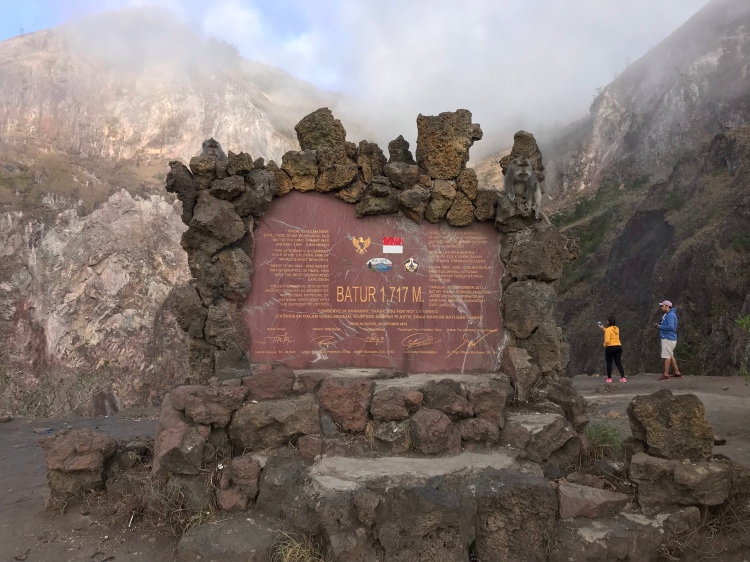 We then head to the ledge and facing the view of the lake below as well as the sunrise. Another great perk of being at the top of Mt Batur is also the view of Mount Agung, which is located almost directly opposite. The pictures here are so pretty. It is a cloudy day though which means that it is rather greyish and blocked. Still kind nice when you can see the sun through the clouds. It sure clear up later on in the day and I even got a nice view of Mt Agung and the lake. So pretty! 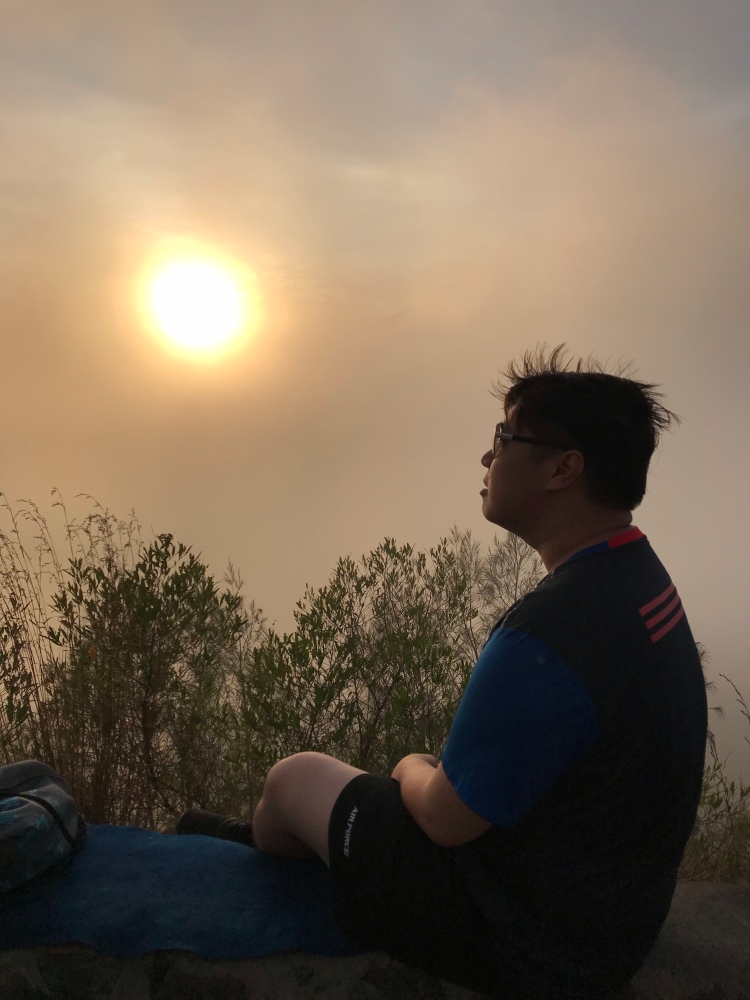 A typical thing for the tour will also include a light breakfast at the top, there are people preparing a set of eggs and banana bread for you. Then you dine with the best view ever, sitting on the ledge and much into those bread. I am not really a breakfast person especially after a strenuous workout. The bread is really good though, soft and fluffy, they also put freshly mashed banana between them.

It is a nice stay at the top, resting my legs, catching my breath while gazing silly at the sun. I also met some Singaporeans at the top where we has a brief chat. Super funny as they were telling me on how they decide to continue the hike halfway with a motorbike ride up to the summit and how they overpaid 300,000 IDR or 30 SGD for it. My guide told me it will cost a mere 5SGD instead for a local. The challenging part was definitely the uneven steps as well as the darkness at the start.

Overall, it is such a great experience and a once in a lifetime thing for me, I never regret doing so. We were thoroughly shag after that and of course the way down is much more measurable than heading up. A great work out it is!