There would be two parts to this post actually. First I would like to share about my experience of renting from Sixt in the UK, especially Manchester in particular. Then following on I will just like to write about my experience of driving around Manchester as well as in Scotland. If you have been following me you will realised that Sixt is always my go to brand for renting cars. They are constantly cheaper than their peers such as Hertz, Sixt and Europcar. I think they have a air pricing and very good cars. Most of the time the cars that I have got were less than 6 months old. Furthermore, I hold platinum status from them and upgrades are often easily attainable. I have previously got a huge Cadillac SUV in Las Vegas! Furthermore I could earn Krisflyer Miles as well!

As you probably have know, I am doing a road trip around the UK, driving up to the Isle of Skye. I rented a car for 7 days, collecting in Manchester and then returning at Glasgow. We took a uber down to collect the car at Manchester Piccadilly bright and early in the morning. It took quite a while to get all the stuff done and the admin procedure. As a matter of fact, I will always book a main normal full size car with auto transmission. This time around we got a Citroen C4 with unlimited mileage, LDW, Third party insurance and tax included. Including the one way fee, it cost us 253 pounds for a week. Then usually it is common to get upgrades. The guy serving us was super nice and polite. He went thru everything and seems super interested in our trip. I will say that the whole process was easy, branch is easy to find and there is also coffee available here. 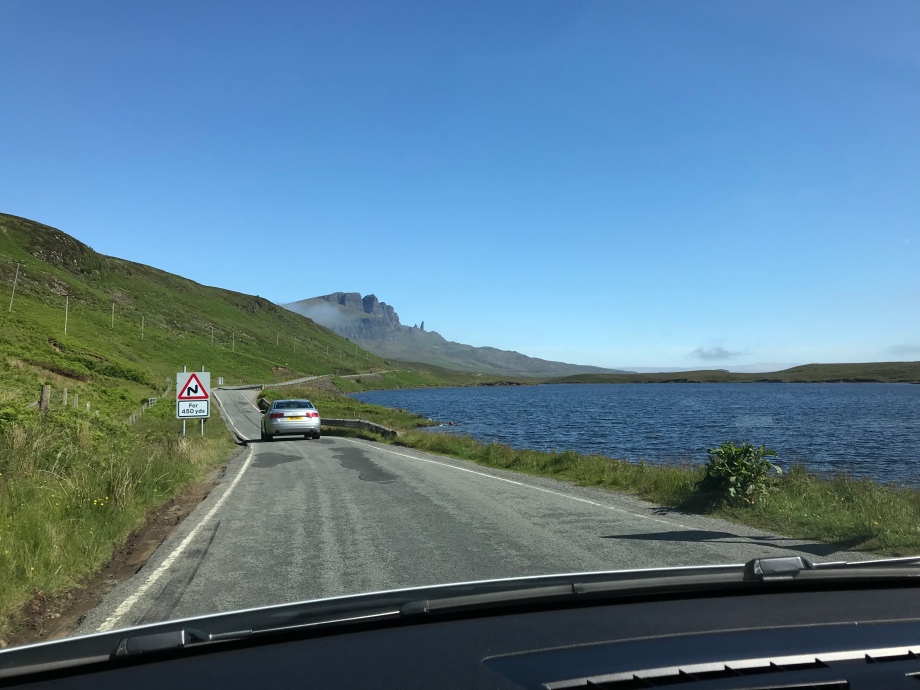 I was very impress by the staff service where he actually escorted us to the carpark and inform us of all the details. We were given a double upgrade to a BMW 225Xe due to our platinum status. It’s a hybrid sporty SUV. I love the car! Later on I will share more about it. I looks sparkling new and a gem to drive. Furthermore it is my first time driving a BMW. As per the norm, usually I will do a walk around, checking the car for scratches and damage, I will also snap pictures all around the car. I will definitely recommend you to do so everytime you collect a rental. 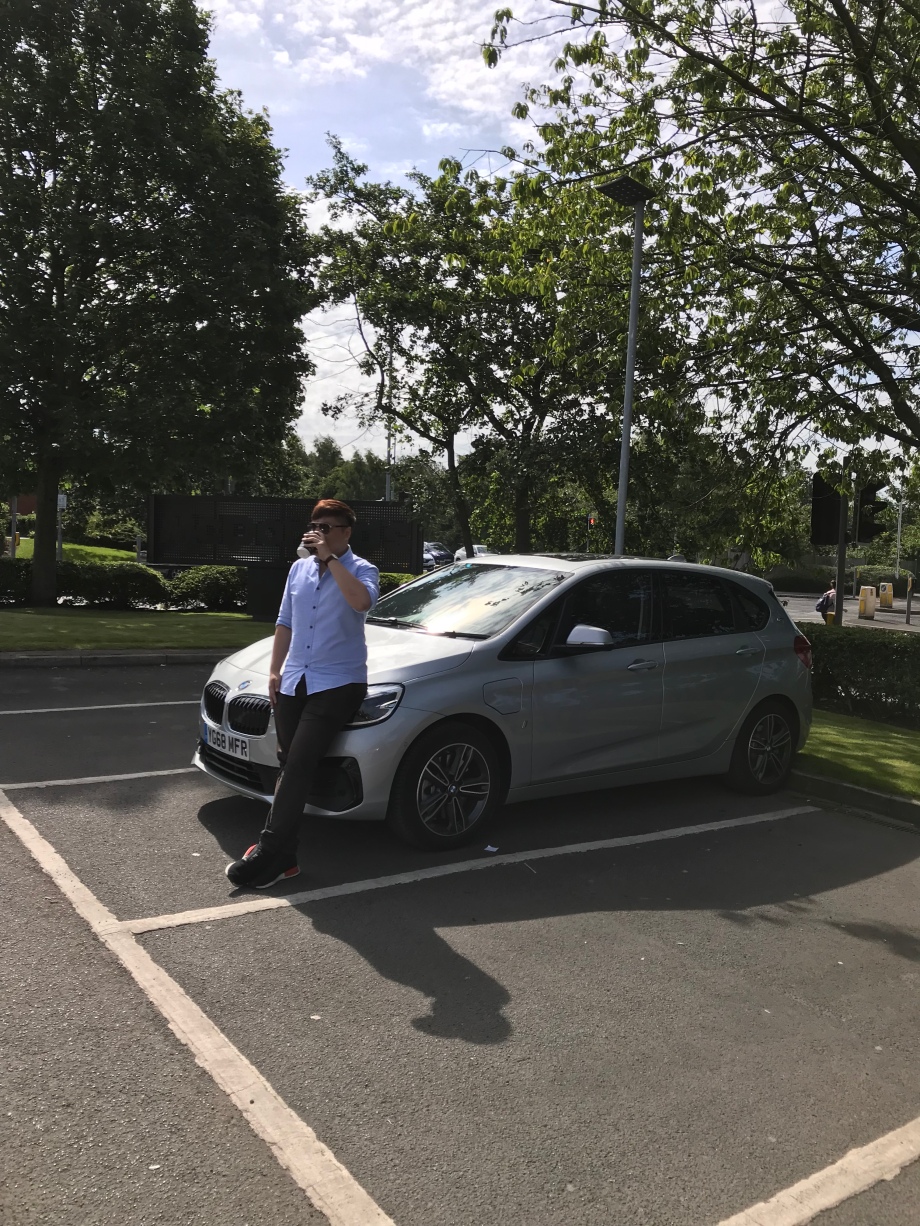 We got ourselves familiarise with the cars and all the features. The car is super new and in fact only 4915 km on driven on it. While a sedan is what I love to drive in Singapore, when overseas I will prefer a SUV since the leg space is more upright and generous. Much more comfortable for long distance driving. The car comes with lots of add on, memory seats, auto lights, keyless start, bluetooth and a USB plug as well. Furthermore my favourite part of the car got to be the sunroof. OMG! Love it. I also love that the car have plenty of sensors, which is just nice since we are driving in narrow cities road as well as mountain areas. Whenever something gets too close the sensor will beep to alert us.

The only bad point of the car is the small boot space which could only fit a large luggage. Other than that I love everything. Handling is good, performance is awesome. Car is super stable even at high speed and easy to maneuver around! I am glad that it is a hybrid where the batt pack complement the fuel tank. This save us lots of money. In fact the fuel tank is pretty small but we spend rather little on petrol. A full tank is usually around 45 pounds. Driving for 7 days and around 1700 KM, we pay for around 130 Pounds for petrol. From Manchester to Edinburgh to Isle of Skye and then back to Glasgow.

Next up, my driving experience. I guess I got a holistic experience of driving around the UK from Highways and Motorways to tiny little heart wreaking mountain roads in Isle of Skye where there is not even space for cars to pass one another. First up, in the UK, the cars are driven on the same direction as Singapore, so no surprises there. Speed is in the imperial units, Miles. I do have to say that there are constant speed cameras on the motorways and highways. There is even some that use average speed. So do pay attention to the signs. Usually a yellow van means there is a speed camera there. I got lucky to see one. I can tell that people do speed and slow down when the signs approach.  Speed is around 70mph on motorways. Much more slower in the city. In Edinburgh it can be as slow as 20mph which is ridiculous and challenging to drive. I hate that there is not much signs showing the speed on the motorways!

There are no tolls as I know of and I did not encounter any of them while driving from Manchester to Edinburgh, around Edinburgh and around the whole of Scotland. Driving is straightforward and easy. Signs are in english obviously. People are nice and polite, especially in the mountain area of Skye. People do not road hog! When giving way to each other on narrow roads which are common in Skye, people put up their hands to thank. Very polite and a nice attitude. I love it. No one road rage at all over here. I guess the slower pace of life helps. Being in such a pretty place also prevent temper from flaring. You do need a little skills to maneuver around the mountains roads.

Petrol price varies very much, I have seen prices from 1.20 pounds to 1.40 pounds and surprisingly rural areas are much more expensive than in the city. Those motorways rest stop and petrol station are a ripoff! What is unique is that the prices fluctuate greatly around different brands of petrol station. All of them are self service and it works the same way in Singapore where you pump first before paying. Unlike in the US where you have to pay first. You might see more livestocks than humans here.

Parking is all free in Skye except for the ridiculous fairy pool car park which charges 5 pounds, ridiculous to charge for car park in the rural area . In rural area it is easy to find free parking. And in most supermarkets, fast food places, parking is free as well. While in the city, parking is expensive. What is special is that on Sun, parking is free around the city and you can just park on the roads, as long as it is not a bus lane, no signs and all. However this also makes the road hard to navigate around since you have cars stopped here and there. There are so many places that would only be possible if you have your own vehicle.

Overall, I love Skye, it is a perfect place to drive around. Although you should definitely go slower on some of the roads than the speed limit. I also love how people do not roadhog and give way to cars to overtake. It is just such a pleasure. Petrol prices are comparable to singapore. Certainly more expensive than the US! Sixt is also my go to brand and I highly recommend them!