Finally, I have come to the last city in this trip report of mine. It have been a good round the world trip for the past few months. Starting out in Frankfurt on the 10th of October. Here it is, in december, with the festive period just round the corner. I have finally come to the last city of my trip! Los Angeles! The city of Angels! I’m so excited to finally be here, after all, it is a thing to finally come to LA. Where people often brag how chill lax and how vibrant this place is. LA is also said to be extremely diverse, and it is such a huge city that many district are so different from each other. Of course, I am so excited to finally check out hollywood! Some of the places that I check out while in Los Angeles includes Santa Monica, Hollywood, Downtown I even went to a gun range which I have shared on that earlier. It is more of a chill stay before I finally head back home! Follow me on my last city in Trip de Americae!

There was kind of a little drama at this ending part of my trip. There was this wild fire that was raging across LA, disrupting my plan to drive down to the Napa Valley from San Francisco and down to LA, kind of disappointing cause I heard that the drive on the Pacific Coast Highway would be amazing. We instead flew down to LAX. Sigh! But you can’t always expect things to go with your plan too. This time around, I had flight delays, train delays, strike, cancellation of accomodation, took the wrong train and now even a wild fire, it sure is exciting! Without further ado, these are the stuff that I did while I am in LA. It is kind of a quiet one for us, we are mostly chilling and didn’t really have a super packed schedule. Furthermore, LA was hot, I literally had my first sweat in 3 months, it was sunny and warm at times, really an orientation for coming back to Singapore.

Hollywood! Of course, who can do LA without without Hollywood. It is what we heard of, and what I aim to see when in LA. Since I was staying in Downtown, it is only a short metro trip away to Hollywood. Finally after all this years, I am finally in Hollywood. This place is definitely a tourist spot. The weather was sunny and the skies were amazing, off I am to explore Hollywood. Of course, the most famous attraction is the walk of fame, where you can find all this stars on the ground along the avenues and sidewalk. There are more than 2000 of them and you can find the most of them on Hollywood Boulevard. Here I am hunting for the ones that I know! 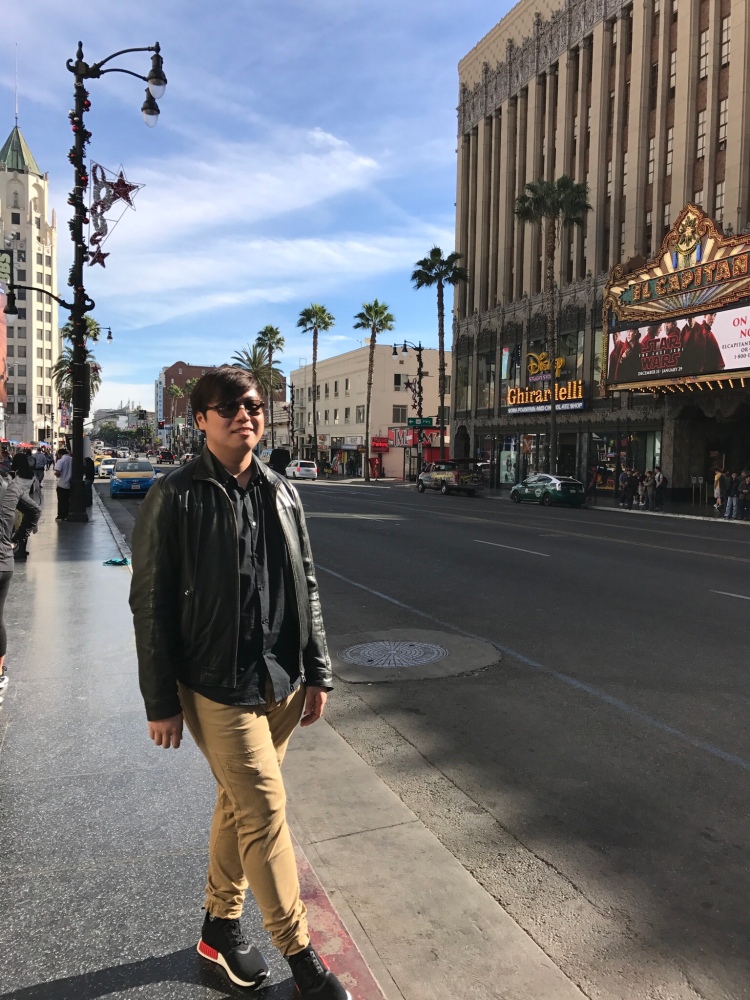 Next up, I pass by the iconic TCL Chinese Theatre! It is super crowded here. With everyone wanting to get pictures of the theatre. I even found a footprint and handprint of the famous John Woo! I simply enjoyed the rest of the days walking around, enjoying the vibes in Hollywood. In fact it is very different in the evening when the lights are on!

Then of course while in USA, you must really head to IHOP!

Another place that I visited while in Los Angeles was Santa Monica! This in fact was my favourite area out of everywhere that I visited in LA. It did take quite a long ride on the metro to head there since it is all the way to the coast. Santa Monica is located west of the city, heading out towards the pacific ocean. Now you can expect how amazing this place is going to be! Fine sands, gentle sun and the sounds of waves crashing. This place is so so amazing. Furthermore, you get the seagulls flying over you and of course, beach girls are pretty good to look at! Sentosa can’t holds a comparison to this! The metro takes you all the way there, then from the entrance, it is only a short walk to the Pier!

I first check out the Santa Monica Pier when I was there, which is an icon by itself! It is so nice to finally lay eyes on it and the pier was so gorgeous. With the jetty, the boardway and the ocean in the background, together with the ferris wheel. The Pier have restaurants, shops, street performance. It is absolutely bustling. And then you have that iconic Santa Monica 66 End of the Trail sign that is absolutely popular for pictures. I spend some time on the pier, enjoying the breeze and taking photos.

After that I went down to the beach itself to get some sand between my toes and feel the water. It is absolutely amazing! I never regret doing so. It is like a dream come true for me to be finally on the Santa Monica Beach. Despite the chilly weather, there are still plenty of people on the beach in the afternoon. I also took some pictures with the lifeguard huts. Check them out! It is absolutely amazing here! 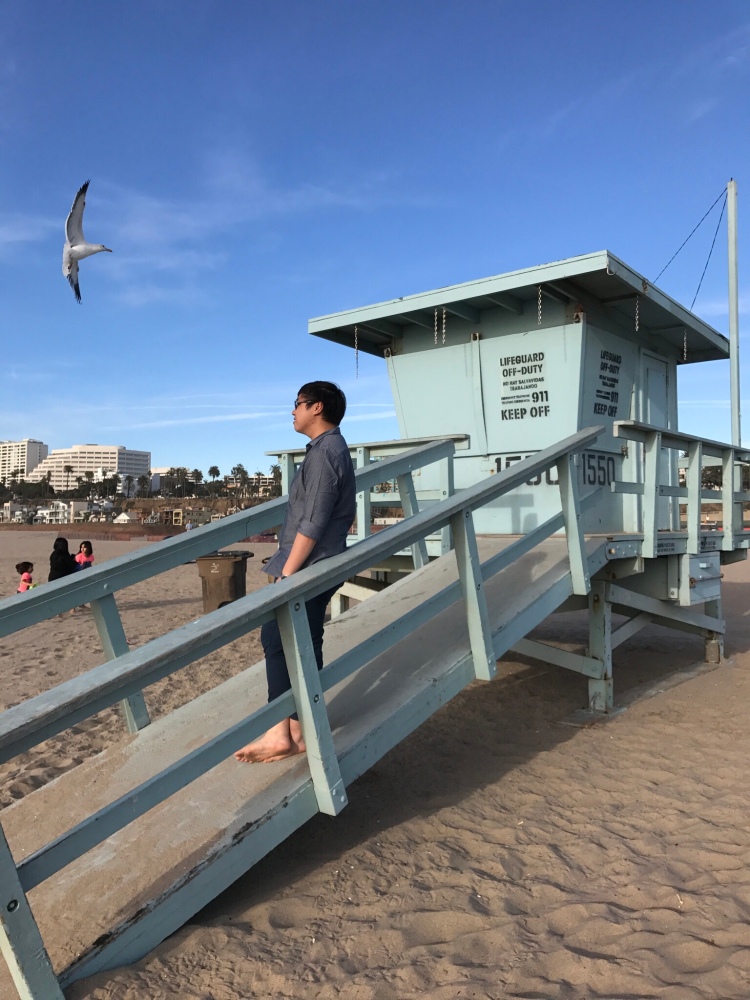 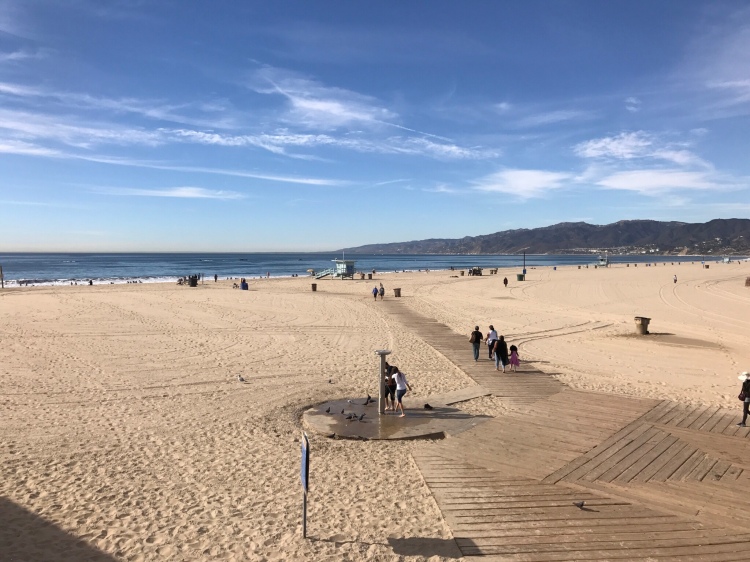 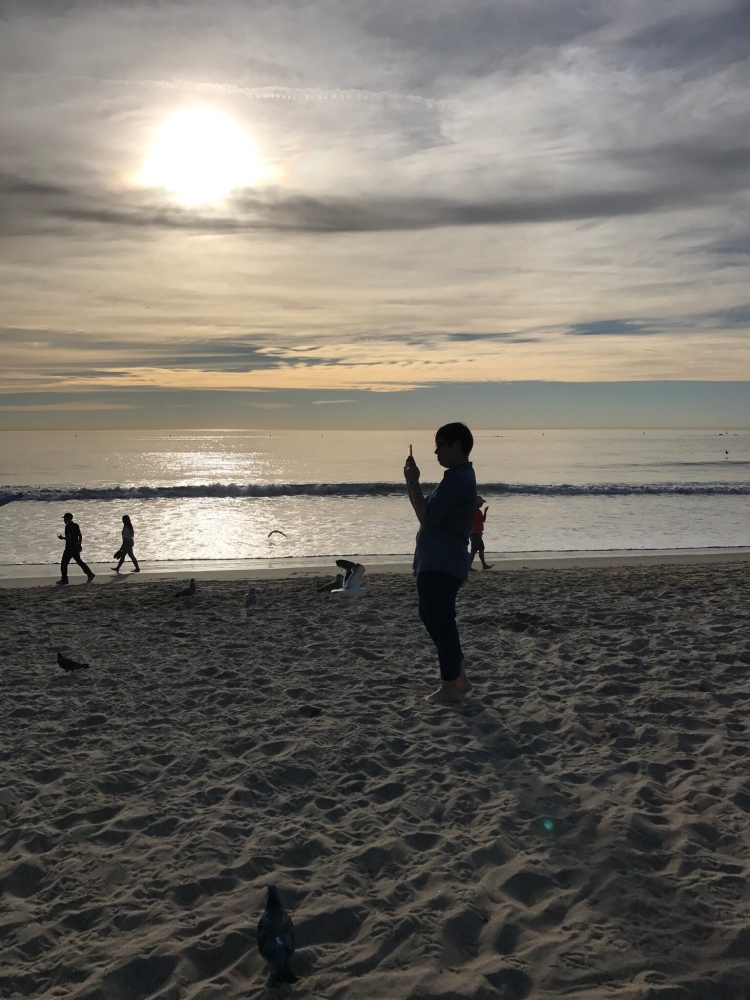 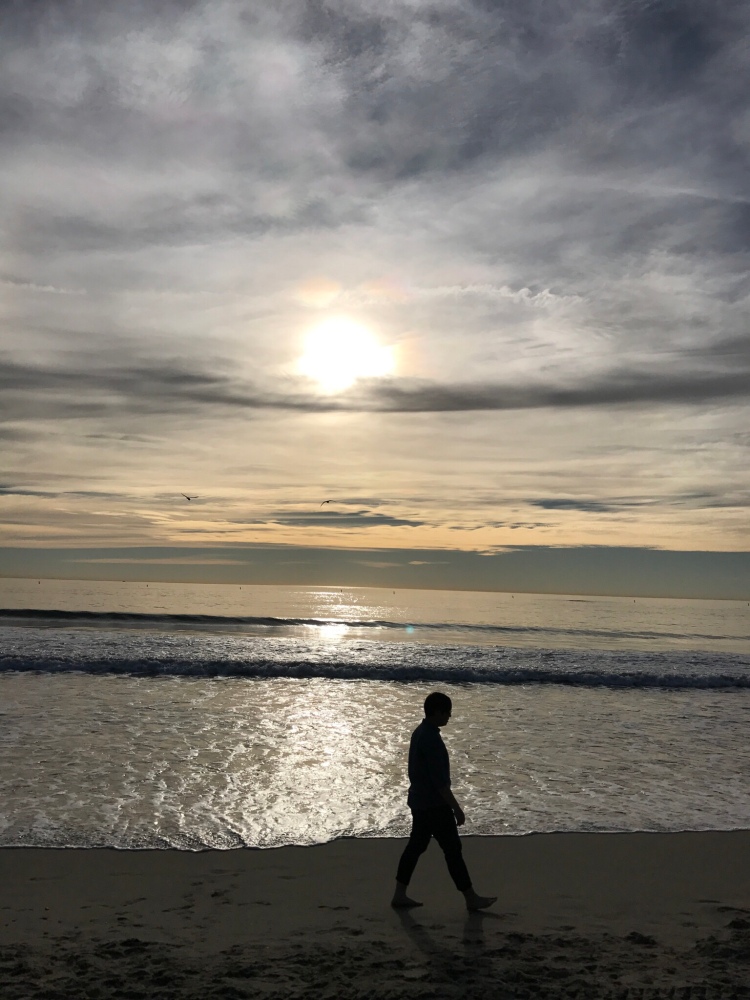 Now for a little sharing on the place that I stayed in, Downtown LA. In fact this is the worse out of all the places that I have been to! It is the most dirty place in the city. Not to mentioned that there are numerous homeless people there as well. Do check out the Grand Central Market when you are in Downtown! 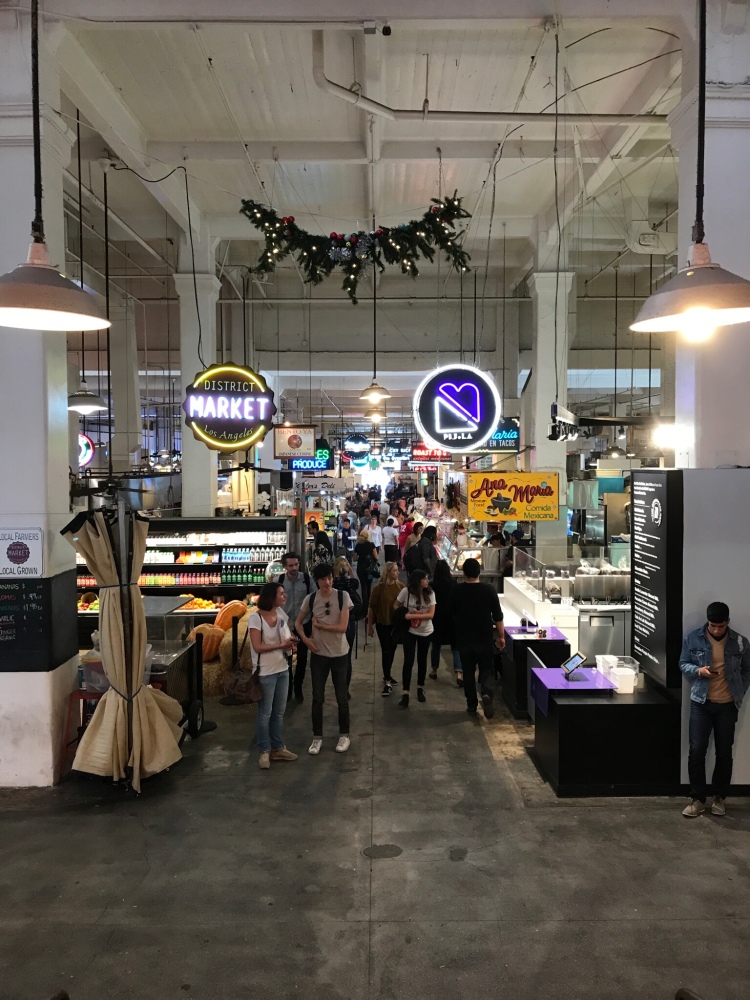 In fact, I am so lucky not to be rob when I am heading to the Smorgasburg Sunday Market, while walking pass streets that are just filled up with homeless people living on the street! However, I do have to say that the DTLA is very well connected to all the different areas! Which is the main reason why I stayed here. First up, the Smorgasburg Sunday Market, I chance upon this and decided to check it out. In fact it is located in renovated buildings and is a food haven. You can find all sort of food here served from trucks. There are music, food, just a very chill lax place to be on a sunday! 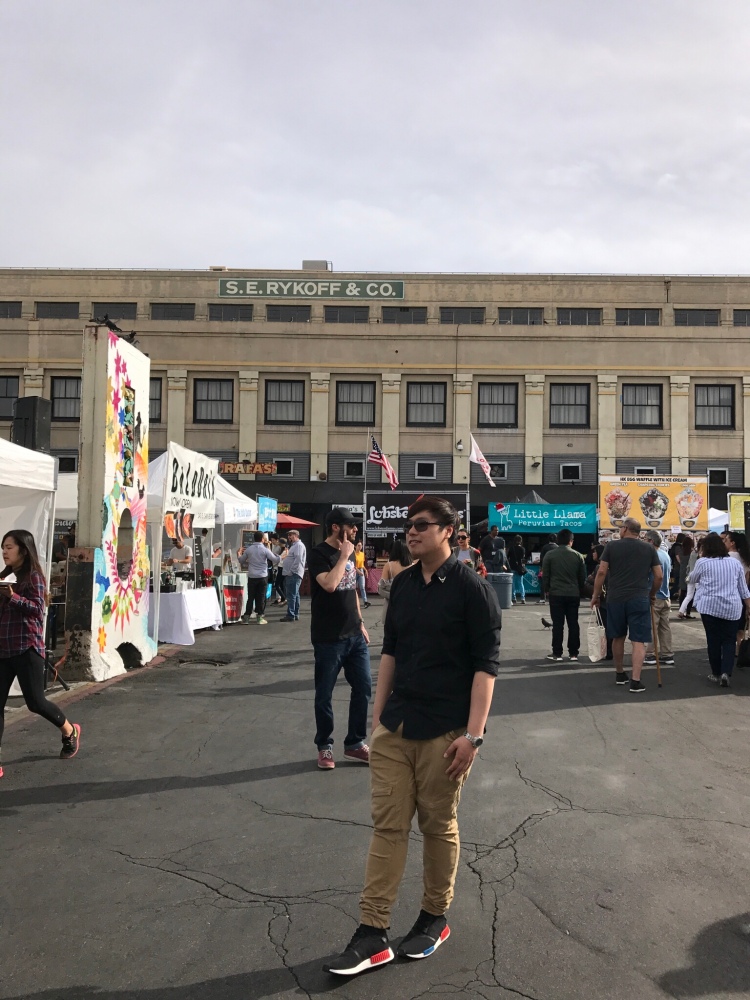 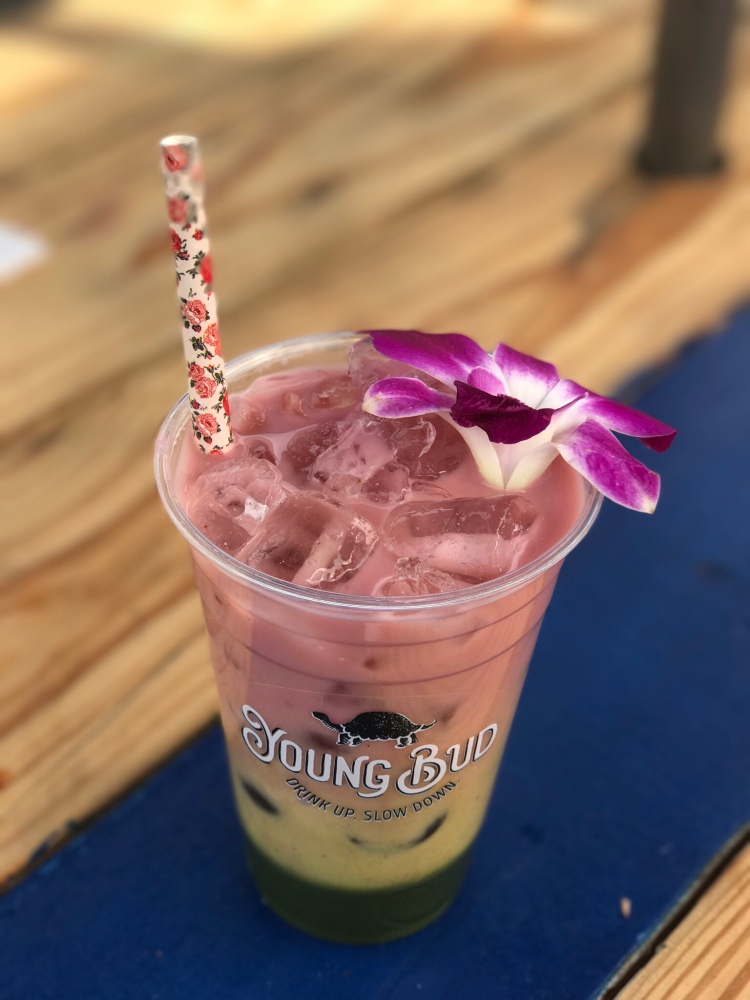 After that I head to the Gun Club which I have shared on earlier. Check out some of the pictures that I took here!

All in all, this turns out to be a little nice chill city before I finally fly back to Singapore! While it’s nice and it is really a very diverse and multicultural city, there is still very much for improvement. I did really got a shock of my life when I saw the homeless situation in DTLA. While Santa Monica was really memorable and beautiful, my favourite places in US are still Grand Canyon, San Francisco. It didn’t really check out as much places as I thought I will!