While they say that driving in the city is definitely one of the things that you should not do as a tourists, many places on the West Coast, especially Los Angeles and Las Vegas, having a car will sure makes things very convenient. Driving in the great wild west is also something very enjoyable to do. In comparison to places like New York City, the public transport here leaves much to be desirable. I had rented a car for my stay in Las Vegas. Which makes things so much more convenient. Furthermore, car rental are pretty affordable as well here. While I had many options, I decided to opt to rent from Sixt since I had status with them and their prices were also the most affordable. I would like to share my experience on renting with Sixt and also my thoughts on driving here!

A taxi ride to the strip would have probably cost me around $20 per way from McCarren Airport and I would also need to have a car for my road trips to Grand Canyon and the Death Valley! The rental cost came to around SGD 380 for the 5 days in total, with added insurance, which if you opt out, I believe would be much lower. For my Gold status with Sixt, we got another driver added for free and we managed to snag a great upgrade to a luxurious Cadillac XT5 SUV which was so great! 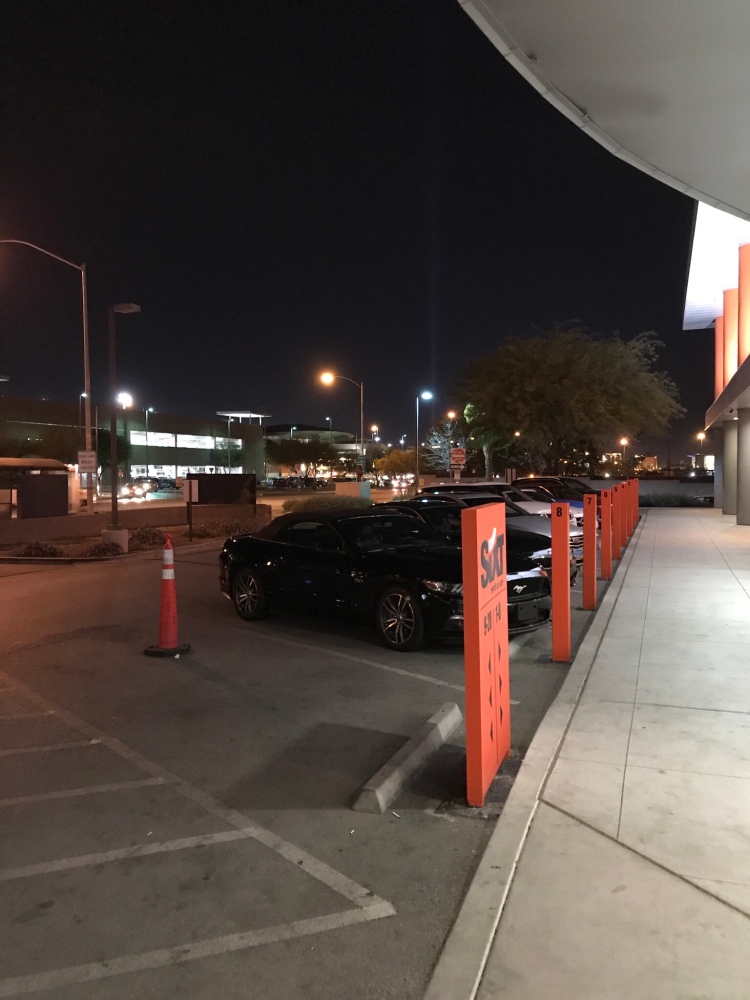 The rental car centre are located off site in McCarren Airport, but everything was fussless. Once we collected our baggage we hop on to the shuttle car bus that will take use straight to the car rental centre, the ride was less than 5mins and the driver even helped us with our bags.

Sixt is located across the car rental centre, but they had a van to drive us pass as well and that literally took seconds. There was no queue at that time and we settle all the admin works and then the car was parked right outside. As per the norm, when you are renting a car, we did a brief check for any bumps and scratch and then start to get used to it. Now here comes my driving tip number 1! USA and Singapore are different, their roads are huge and you don’t expect so much traffic as you will see here in Singapore, so there aren’t any cars for you to follow in front. With us being the first time driving on the opposite direction, we sure had a few here and there. WORSE WAS THE FACT THAT WE COULDN’T MAKE OUT THE ARROWS AND THERE IS NO CAR FOR US TO FOLLOW. But we did managed to get used to the driving here once we hit the strip!

Driving in the states is something that people always say that you have to do at least once in your life. It sure was inspiring. You can get all your stuffs and put in the car. Since I was staying in the strip, the journey was less than 20 mins. The car was sparkling new, less than 10K mileage clocked! It was such a gem to drive, stable and powerful when speeding at more than 100MPH. Speed is monitored in Miles, ranging from 65 to 75 on the expressway. Everything else was as per the norm and nothing too hard for drivers. For singaporeans, just remember to go slow at the start and get used to driving in the opposite direction. With a car we could even visit Walmart and load up on supplier for our stay!

We drove more than a thousand miles during our rental, heading to Hoover Dam, Grand Canyon and Death Valley. Shopping was done at the outlets as well. Practically all the places I went, parking was free, I guess the land are too vast for them to be picky on charges. Drive in is a legit thing! and super easy! 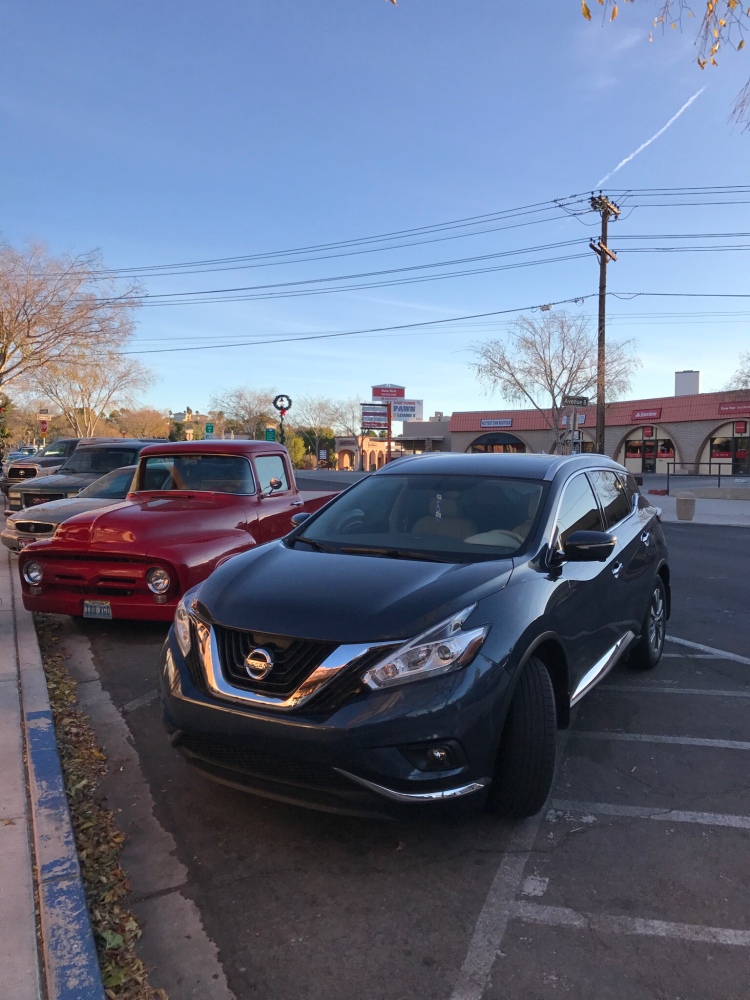 Next come to the other issue, Gas and Petrol. I have to say that gas or petrol is much more affordable in the States, it is so much cheaper than Singapore, they sell by the gallon, which is about 3 liters. After converting, it is about 1.40 SGD per liter. Much much cheaper. While you can use a card to pump, usually for us tourists we will pay by cash. All you have to do is to drive up to a kiosk, head in and say you wanna pump how much, then pay the money. After that the pump will be activated, then you head back and choose what grade of fuel you want and start pumping. If you have any cash left, you can head in and collect the remainder of the money. Oh, all pump here are self service, so don’t expect to, uncle, 95 full tank! Petrol there are usually grade by Premium and Regular. A good tip would be to use google map to see which chain have the best price! 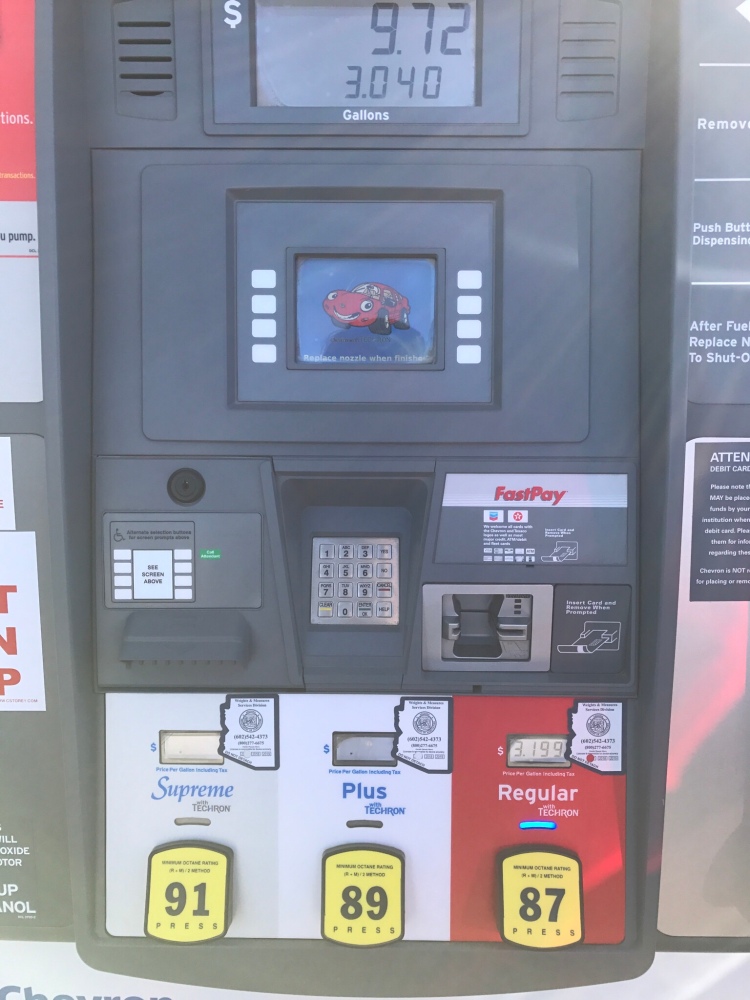 I think that driving here is very easy, just for us, always take note of the directions. The roads might be very awesome to speed, but bear in mind of safety and even though I doubt there are cameras. There might be troopers with radar gun! In the event that you got stopped, keep you hands visible and do not alight the car, don’t make any sudden movement! Keep in mind of your tank, sometimes the next gas station might be some distance away! Carry more water especially when heading to rural places! I did, Grand Canyon and Death Valley, which was so awesome and only possible with a car! 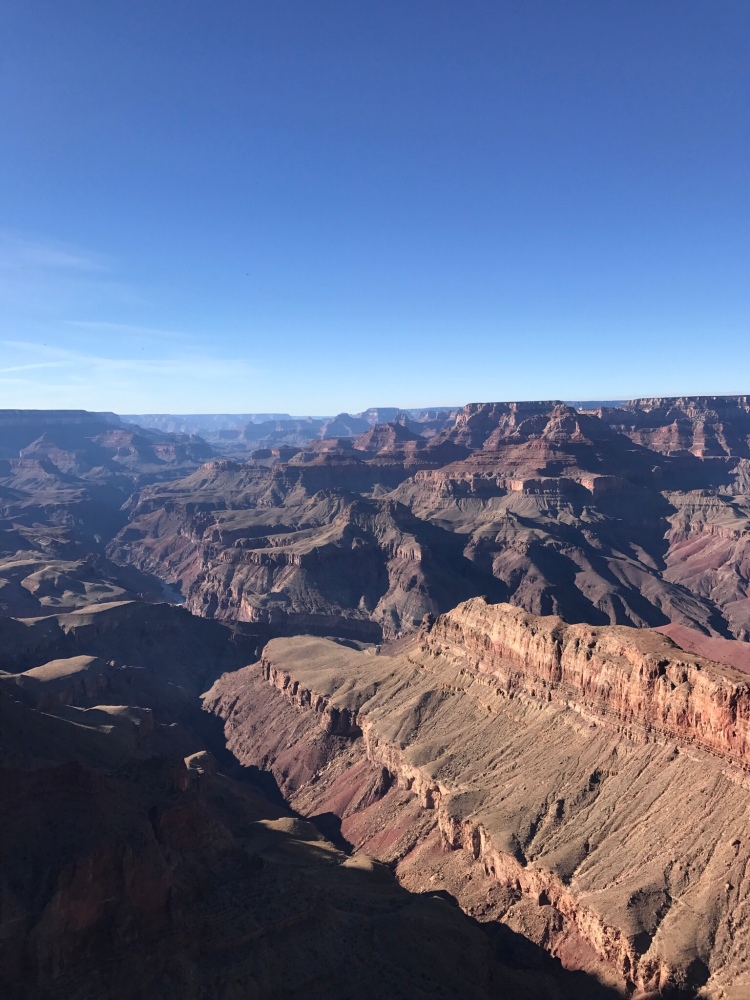 On return, everything was easy enough! Just fill up your tank before hand, always, always fill up yourself to save cost and go to petrol kiosk far from the car rental companies. We drove up to the return lane, where the staff did a quick scan of the car and we are good to go. Traffic was good, and we took the bus back to the airport! Driving here and renting from Sixt have been awesome.

Everything was easy! It was easy to do. And with cheaper petrol prices and parking, driving was the most affordable way for us to do it in Las Vegas! Let me know how you find it!