I was very fortunate to be in New York City over the thanksgiving week. It actually turn out to be a total coincidental since I usually hate travelling over holidays. I hate crowds and waiting. Recently, I felt like I was in a rough patch of my life, constantly thinking why is my life like this actually and how I could help myself. It just happens when things aren’t going smoothly. Work is hectic and I am really struggling to even find them logging down these travel snippets of mine! Back to Thanksgiving in 2017 for me, it is a little special, a little unique, for the very first time in my life, I am celebrating Thanksgiving, moreover in New York City! Undoubtedly, this is the most important holiday for the Americans, where all of them make their way back to their hometown for all over the different cities they are working in. It is like the Chinese New Year in China, without saying, this weekend also creates one of the worst traffic for the roads as well as the airport. Definitely not one of the idea travelling moments for us, but I am ready to embrace the festival vibes right here in New York City!

I believe that the trend have change over the years, I guess that now, not everyone will make their way back to their hometowns given how much hassle it takes especially when everyone is moving here and there, in fact people are taking a much tone down affairs in recently years. If you are a frequent, you will know that in the days leading up to the thursday, which is Thanksgiving, the travel traffic is picking up on Mon and Tues, much will try to be home for the holidays and the business districts starts to quiet down. However, unlike the Chinese New Year that we are most accustomed to, shops are still open, restaurants are still open, things still get moving, definitely in terms of necessity and retail. In fact retail is going for a huge boom this week where the legendary Black Friday Shopping starts, usually after the clock strikes midnight after the family dinner. Here comes to the main sharing of today, my experience of Black Friday Shopping in the states as well as something very special. The one and only Macy’s Thanksgiving Parade in New York City. Now, that is something to talk about!

I guess it is really the city that never sleeps, there is always something that is happening right here, in this city. On thanksgiving, every year, one of the most awaited event on the day itself is the parade. It is the largest parade in the world and one of the oldest as well. Parades happen all over the country, but this, the one, that is sponsored and presented by Macy’s is the one that is most raved! Thank you Macy’s! The parade starts from central park and make all the way down to the front of the Macy’s department store on Herald Square! The full parade takes about 4 hours long. It is free to access and you can just lined up along one of the street on the parade route. Certainly, the greatest hurdle is the crowd, but this is also the one that creates the vibes and atmosphere. 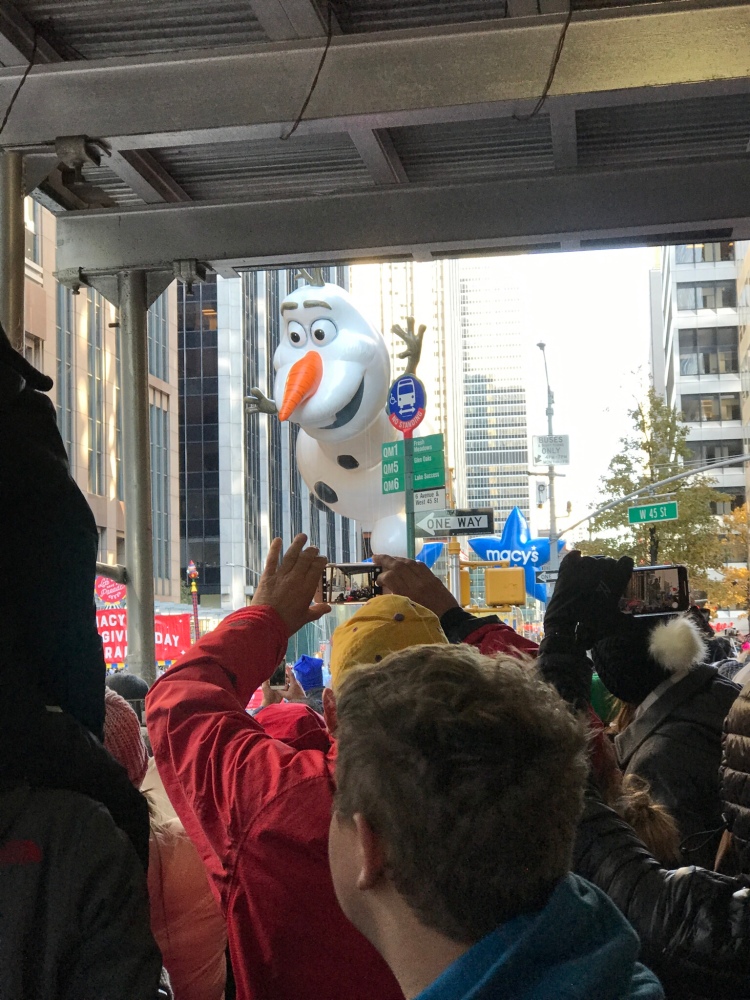 Expect crowds, police cordons and road blocks. Part and parcel of any huge festival events. Security is especially a greater concern after all the terrorism in the world. The parade kicks off at 9am in the morning, for those who prefer to watch it in comfort can also watch it live on the television. It is a huge affair, of course the highlights will be the huge floats that goes on the parade, it is vibrant and playful, such a gem to watch. Besides that there are also marching bands from all over the country, singers, famous entertainer and many many more. There were even cast members from broadway shows there too! It is just a very festive event and people are all cheerful. The NYPD, New York Finest were on show as well. 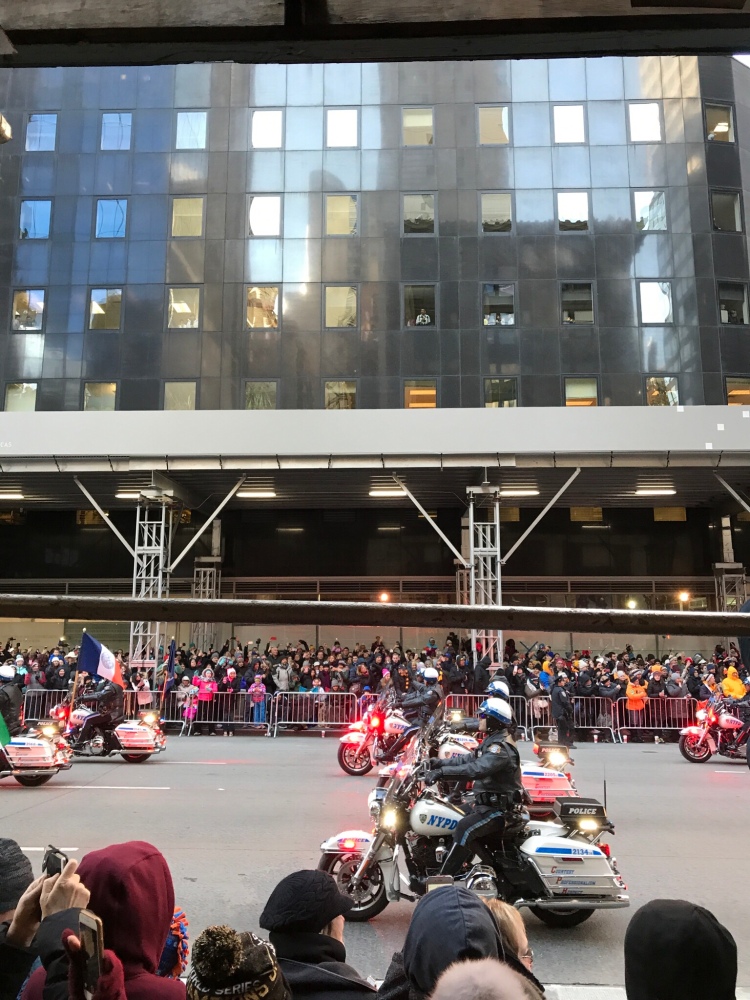 I was up bright and early and we were out of the hotel by 8am. This is in fact something very last min, we had never plan to actually go catch the parade since I could imagine how bad the crowd is. We just head towards the route and managed to found a spot with a view of the parade. I am sure that it isn’t the best spot since the good ones all are took up by the campers. Phew, Americans are all so hyped up for this. Of course, security were on high alerts and much of the road were cordon off, only a few streets are open as access point! We were there by 8ish and waited for almost one and a half hour till 9.40am before we even got a sight of anything. We talk to some of the locals beside us and surely learn a little more about this special occasion. 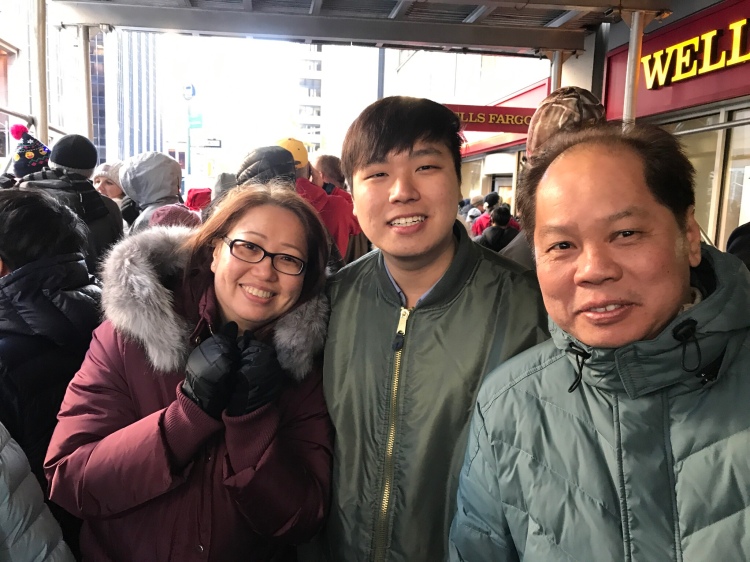 It was not chaotic and everyone was respectful and not pushy. The cold was neither good or bad. I mean, it sure not made us sticky and hot smelling each other odors off like in Singapore, but waiting in the cold was also a pretty damn hard thing to do. Although it kicks off at 9am, when it actually reach you it is much later. My favourite part was the marching bands, hearing the beats and them in those nice costumes,

I was also excited to look at those huge floats, some which I actually remember as characters from my childhood shows. There was even a KFC float as well. Here are some pictures! I do apologize that they aren’t the best since we were all trying to get the best angle and some were partially blocked off. 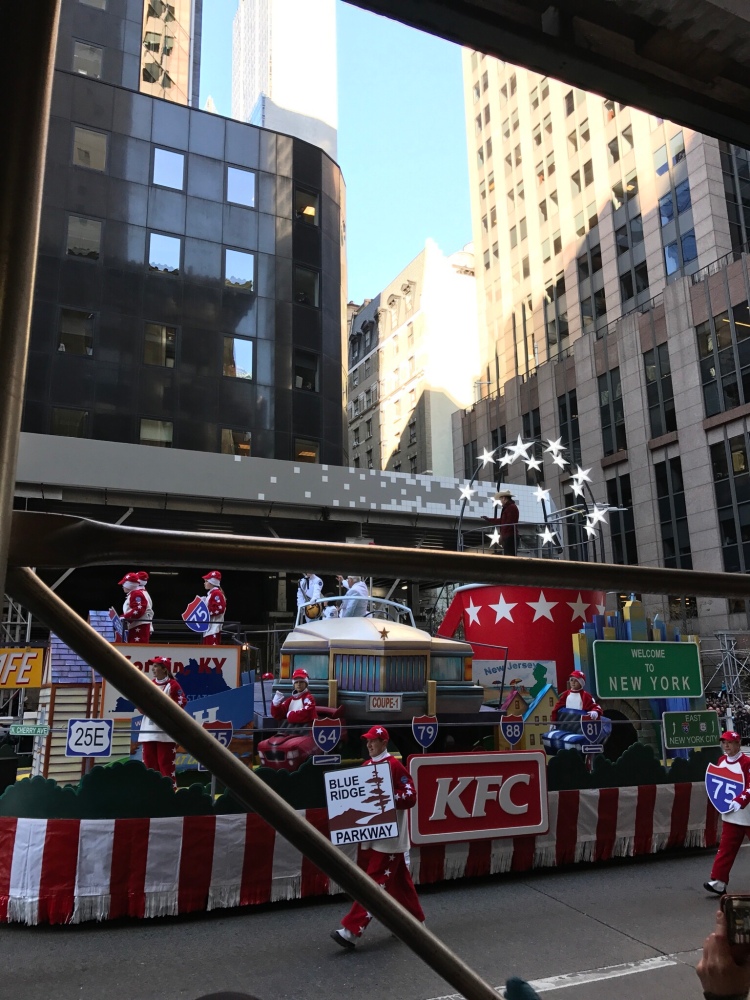 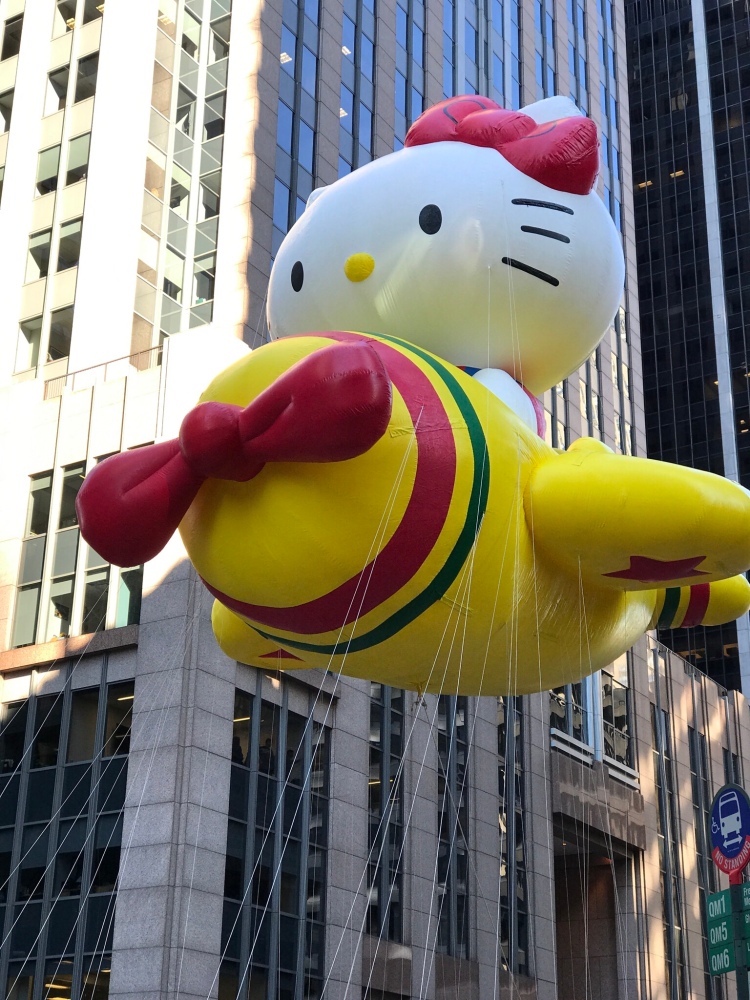 Struggling with the cold, we just made our way to a random diner for an overdue breakfast, it was crowded as well since it is so comfy and warm inside. Frankly speaking for the occasionally hyped up peeps like us, after 30 mins or so, the adrenaline sure died  off. And here I am! Getting my first taste of a traditional Roast Turkey with stuffing right in USA. HAHA! It actually tasted just like chicken, sorry! Nonetheless, I enjoyed it, especially the pumpkin side. 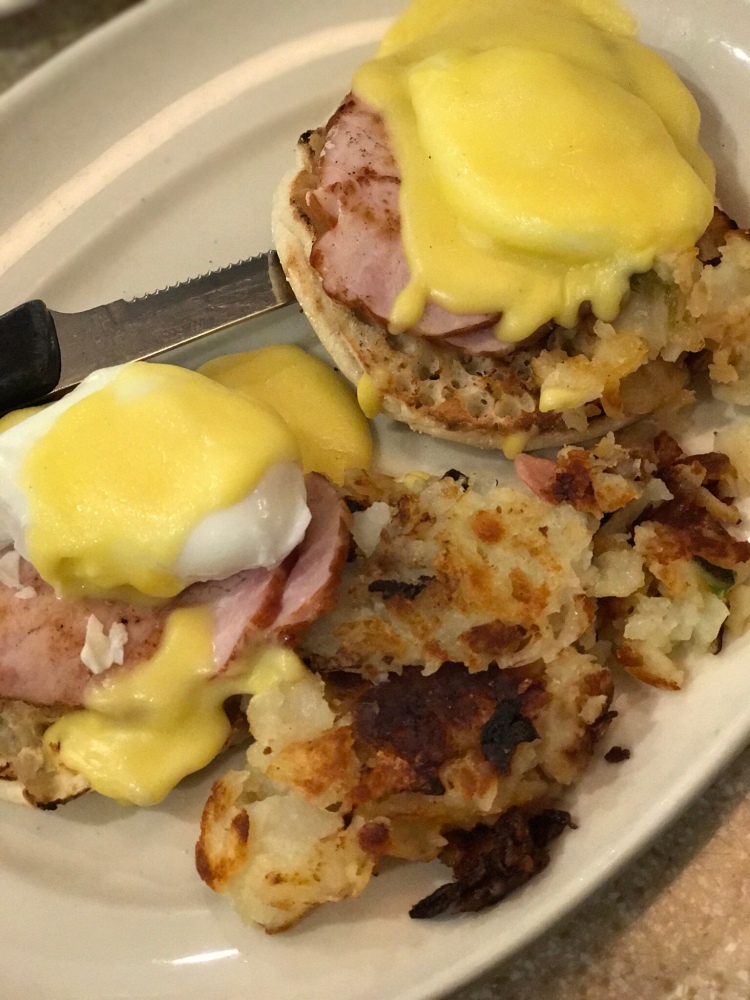 I actually never really took partake in any Black Friday Shopping, my mum did enjoy some though! In fact in recent years and to capitalize on it, it had sort of turn into a Black Friday Week instead. Retailers are extending the hours and shopping goes on even before it begin. True to be told, it you are looking for something, aim and this is the time to buy. The most discounts comes in clothes, fashion and electronic goods. Gap was offering 50% off everything, everywhere have sales, Levis, F21 everything. From what I can see the crowd doesn’t seems to be too bad. Although from the news it sure seems like it was pretty hectic at those major stores like walmart!

Overall, it was a very memorable and unique Thursday for me! The very first time experience the Macy’s Thanksgiving Parade. I love the vibes and the feels, which is kind of weird since, the people who knows me, they will know that I hate crowds. I guess the cold weather helps. Come to think of it, it actually seems like the chingay parade that we have here in Singapore! Hope you guys love this little sharing of mine! Perhaps, there will be a chance for me to catch a Thanksgiving Parade again!