Hong Kong also known as fragrant port, was under the British rule for a century. I would say that this definitely makes them special, being one of the two city in the world that have the fusion of the east and the west, with the other being Istanbul. Hong Kong is a worthy place to visit and see, checking out the culture and the food, the Asian style with a hint of the western. A very good example would be the Cha Can Ting, Hong Kong style tea house, similarly to the brits, the tea culture is embedded in the Hongkongers daily lives, from the rich and wealthy ones having tea in the 3 star Michelin Lung King Heen to the working peeps who have their “三点一刻” tea break in the Cha Can Ting, a glass of milk tea and having a bun or an egg tart. As you may have known, Hong Kong is known to be a food paradise, from street food to Michelin Restaurants!

One of the very first impression people will get is definitely the rushing lifestyle, almost everything is done on a rush, where every minute and second count! Together with the amount of people packed in the cosmopolitan city, life is bustling and full of pressure. The most local touch that you will get will be having a meal in the local café, seeing how housewife gossiping with each other to white collar workers having a meal and resting before going back to work. Bustling atmosphere in a cramp space, Cantonese phases shouted across the small shop and waiters running here and there. Due to the high land prices, spaces in Hong Kong are expensive, eateries are usually small in size and cramp, which is a little tough for the big size guys, but I guess, it pays to have good food. Sharing tables is also a norm in most restaurants and cafe in Hong Kong, unless you are visiting some of the higher end restaurants, usually the waiters are very well experiences and won’t be too confused with the situation, while the consumers just mind their own business, usually just read the newspaper or playing with their phone. As you can see the actual size of an restaurant is really very small!

Besides the Cha Can Ting, Hong Kong is famous for its iconic street foods and dessert, from the Hui Lui Shan which is definitely a must try! From amazingly disgusting fried pig intestine, curry fish ball to stinky bean curd, you could never ever go hungry in this land. I would like to share a little more about Hui Lui Shan, since it is one of my favourite must visit places in HK, you definitely can’t miss out on those mango dessert which definitely not only leave you feeling sweet but also happy! There are many different kind of dessert here, from the traditional herbal jelly to the most amazing Mango Pomelo dessert. I would definitely recommend the Mango sago dessert here. They will usually have a couple of durian dessert too! Prices are affordable, costing around 4-5 SGD for a bowl of dessert. Accessibility is never an issue given that there are numerous outlets located everywhere, just by simply walking around Mongkok you will definitely pass by a couple, they are as common as MacDonalds in Hong Kong ! Just look at that inducing picture below! Do refer to some of my food reviews in Hong Kong too! 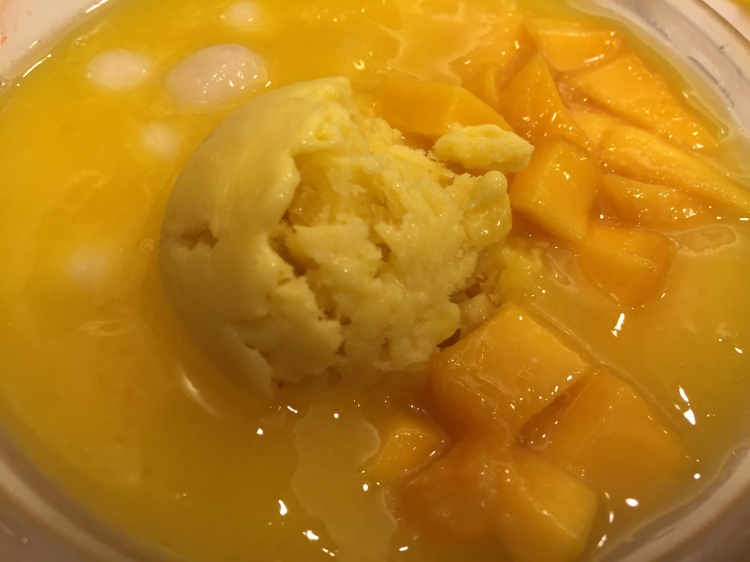 Travelling in Hong Kong? If you are from one of the large city and have experience with the crowd and traffic, I am sure you will do fine here. One advice, I will always recommend people to avoid cabbing in the city area, unless you are really lazy to walk or have a ton to carry! Public transport in Hong Kong is great, especially the efficient MTR system which should be enough to take you to anywhere you want to go, from crossing over to Hong Kong Island or to the Disney Land. The airport is connected via a specialise route. If you are travelling in a party, if 2 or more I will definitely recommend taking a cab into town from the airport instead, this is the only time where I find that the cab is useful. After all carrying suitcases in the MTR is a torture. It is worth noting that most of the MTR stations are only accessible by stairs! The airport train will only stop at a few stations, mainly Kowloon or the Hong Kong station in Central! Then you will have to transfer to the MTR to reach most of your destination. Usually it is already more worth it by cabbing if you are travelling with someone. 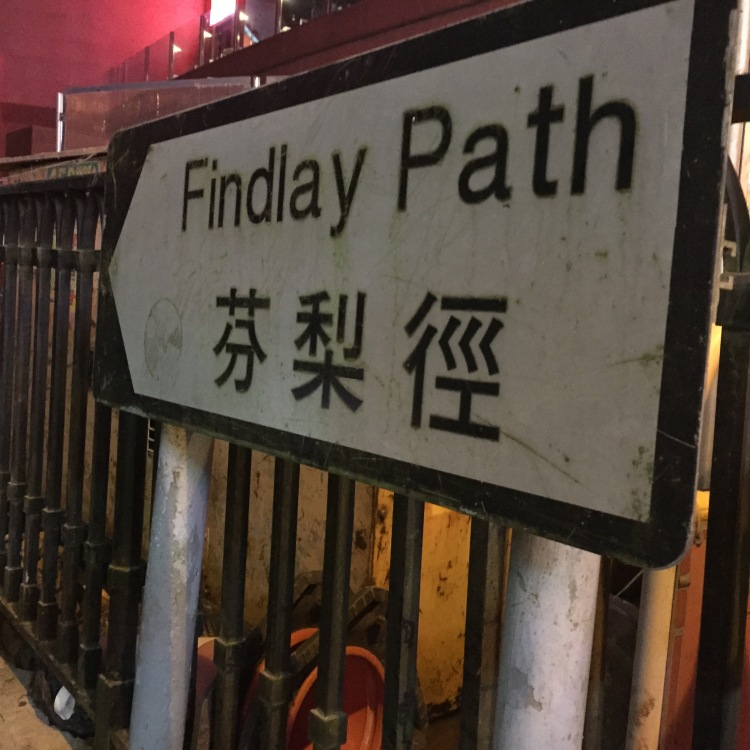 It typically cost around 250HKD per trip to and fro the Airport, around 40SGD. I would say that the views on the route are pretty nice too, getting a view of the Tsing Ma Bridge and the Lantau Island. Hong Kong actually have lots of hills and mountains too, more than our Singapore Bukit Timah Hill HAHHA!

Another good tip for Hong Kong travellers would be getting an Octopus Card, similar to the Oyster card and the Ez-link system that we have here, but I will say that the Octopus system is a step above the rest, it is like a form of currency and payment in Hong Kong. Most people in Hong Kong, actually I would say all, use it to buy stuff, and it is accepted in Cha Can Ting, restaurants, mini mart, convenience shop and also the public transport system. A fast and efficient payment system. Just load it up and scan it if needed, no need to dig out the cash or wait for your change, just fuss less.

Have you all been to this gem in Asia? What are your thoughts?