Bahrain is my 32nd country and Manama, is the 120th unique city on my list. This is definitely the surprise of my 2022 and I did not expect to be headed to this part of the world at all. I guess that I have to thank the error fare from Gulf Air. I was flying from Bangkok to Bahrain and had a stopover there for 4 nights before flying back to Singapore. It is sure nice to be checking out a new place in the world and I am excited to see what Bahrain has to offer. Bahrain is actually rather similar to Singapore in certain aspects. It is rather small and they do not have many natural resources as well. When I first look at the place, I am shocked by how powerful the Bahraini Dinar is as well as the hotel prices. One Bahraini Dinar is 3.73 SGD, making them one of the most powerful currencies in the world and this also means that you might be in for a shock when buying items and getting food.

Public transportation is not that reliable in Bahrain and given the high temperature during the day as well as the distance between places, you won’t want to be out on foot or in the open for a long period. For typical tourists, Uber would be your best bet or renting a car. If there is one thing that is cheap in Bahrain, it would be petrol. Car rentals and petrol are affordable and this might be worth considering if you are in a group or travelling out to various places. Many places offer free parking as well. I did hear from a friend that you will need to have some local currency if you are pumping petrol so do take note of that. A simple search shows that the price of octane-95 gasoline is 0.2 Bahraini Dinar which is just a mere 0.75 SGD per litre. Holy Smokes! To keep things simple, I just relied on Uber during my stay, you might get a normal car or a white taxi. They are reliable and safe! Most of the cars are clean and comfortable. I spent around 100 SGD for my 4 nights in Bahrain.

You can get a free SIM card from STC with your passport. They offer a free SIM card with 1 GB and this is valid for 3 days. Perfect for your short stay in Bahrain. They have an outlet right to the right after exiting the baggage claim area.

I do have to say that there isn’t much to do in Bahrain and it is pretty light on attractions. You can probably even see the place in a day or so. It is quite easy to get around be it if you are driving or travelling via Uber. The roads are expansive and navigable. The most famous attraction in Bahrain is the Bahrain Fort. This is also the first one I visited. It is not too far out from the city centre although you will need to get a ride there. It is also known as the Qal’at al-Bahrain. This UNESCO world heritage site is created by the Kassites, Greeks, Portuguese and Persians from 2300 BC up to the 18th century. It is also an archaeological site. Near the fort, you can find the museum which tells you more about the history of the place. The cafe here was really cute and chic. I love the white facade of the place.

Here are some of the pictures that I took of the Fort. I came while the sun is setting and the vibe is really good. This is a good place for a walk and you can also enter the fort itself. I enjoyed it.

Checked out what I found while walking around the Fort. Does a tree of life look alike? Haha! The tree of life is another attraction in Bahrain that is over 400 years old. It is famous for being the only tree that grows in the area and is lush with greeneries. It is quite far out and almost a 1-hour drive from Manama. I will not recommend making my way out there just for the tree.

Al Fateh Mosque is the other main attraction in town and this is the main mosque in the city and the country. This is one of the largest mosques in the world and could fit 7000 people at a time. The main focus here is their dome which is the world largest fibreglass dome in the world. This place is worth visiting and it is an impressive structure.

Besides being a place of worship, the mosque also conducts tours given how it is one of the main tourist attractions in Bahrain. It is open from 9am to 4pm and you can visit it. Tours are conducted in various languages and by their staff. It is free to visit the mosque. I simply walk in and ask to take part in the tour. The tour was informative and you can have a look at the interior as well. Guests are required to be modestly dressed. I was in shorts and could borrow a coverall from them.

I also took a walk around the Old Souq area which is the old bazaar in Bahrain. It is also known as the Bab AlBahrain. There is nothing much in the area but worth taking a walk and taking in the vibes.

Besides the typical attractions, Bahrain is also known for its malls and they are spectacular, nothing you will ever have in this part of the world. The air-conditioned environment also makes it relieving from the heat outside. The malls feel more like America to me. It is huge, Spacious and full of renowned brands that you will have recognised such as Pf Chang, Shake Shack and Starbucks. The city centre mall is one of the best and you can almost find everything that you might want here. From tons of eateries to shops and even a cinema.

I also went to the Avenue Mall which is amazing. It is fancier and not as huge as the city centre mall but the location is better here. You have a cheesecake factory here! It is located around a man-made promenade and you get a good view of the famous Four Season hotel building. It is grand. I caught a lovely sunset here too. 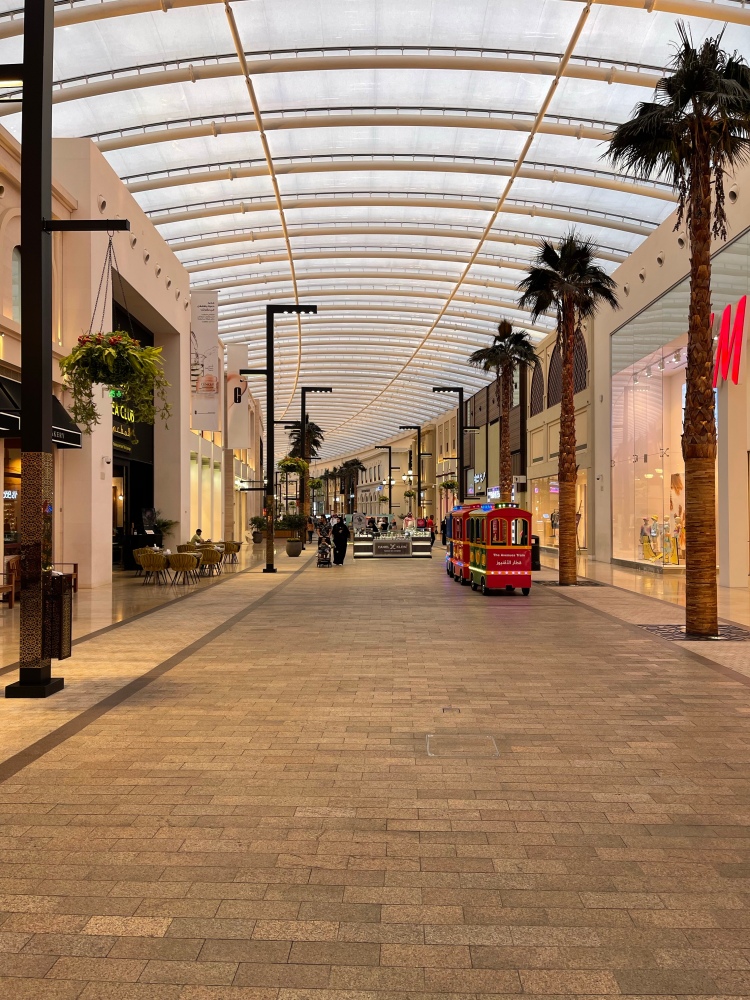 With regards to food and beverage, Bahrain is like any other metropolitan city and you can find all sorts of international food in addition to the local offerings. The malls might even be even more impressive than the ones we have here in Singapore. Taking the City Centre mall, for example, you can find names like Cinnabon, Pf Chang, Shake Shack and Starbucks as well as the typical fast food brands. Do try out one of the local fast food brands, Jasmi’s. It is something like Burger King in my opinion. 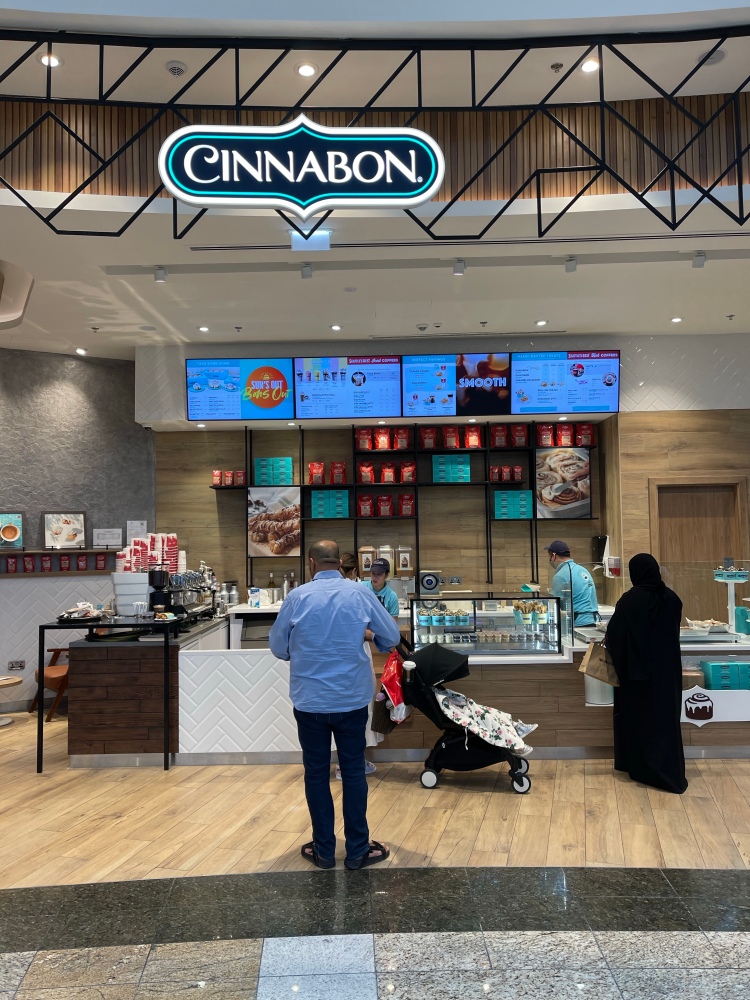 I did not dine out often during my stay in Bahrain and probably only had a local meal once. I went to Haji Cafe which came highly recommended by both the hotel staff and my friends. They also had a stellar review rating on Google Maps. This traditional Arabic cafe is located in the old souk area. I love the vibes of the place. It is super authentic.

Prices are fair and very affordable for Bahrain standards. They even take USD. I tried their Chicken Biryani which was good and the portion is huge. I love how flavourful and tender the chicken is which goes so well with the rice. I have heard much about their breakfast too. 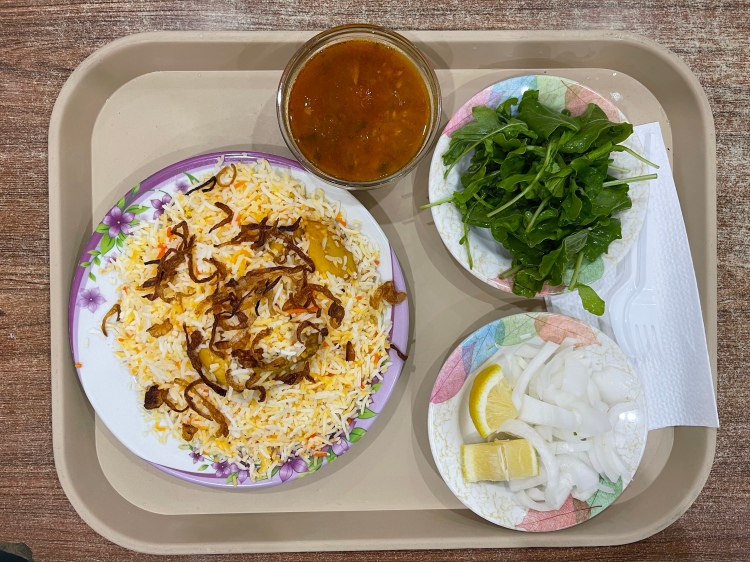 I never expect myself to come to Bahrain one day and it was never close to any on my list at all. I did have a better experience than expected and the people there were an absolute gem. The people were the nicest that I have ever met and this is strikingly different from the rest of the region. I love how Bahrainers work hand in hand with the ex-pats and they are super chill lax. Bahrain to me is a developing tourist destination. They have a small number of attractions for tourists but they are definitely in development such as the F1 GP that they have now. I would love to visit the place again a decade later or something. They might just be the next Dubai! Worth passing by for a day or two when transiting with Gulf Air.