I was in Paris, 7 years back, in 2012. 7 years of itch sure is a curse and I am thankful to be able to head back this time around to catch up on some of my misses the previous time around. It is certainly amazing to come back to this romantic City of Lights but perhaps not in the middle of a heat wave. I certainly enjoy far better strolling around these Parisian streets and the banks of Seine River this previous time around. Paris was kinda a hit or a miss, I am not sure what is your ideal way of travelling. Paris has its beautiful side as well as the ugly ones. It is the most romantic city in the world but also crowded, full of pickpockets and dirty. However I will still like to share with you guys a couple of places that I went to this time! Bonjour and Bonsoir everyone! 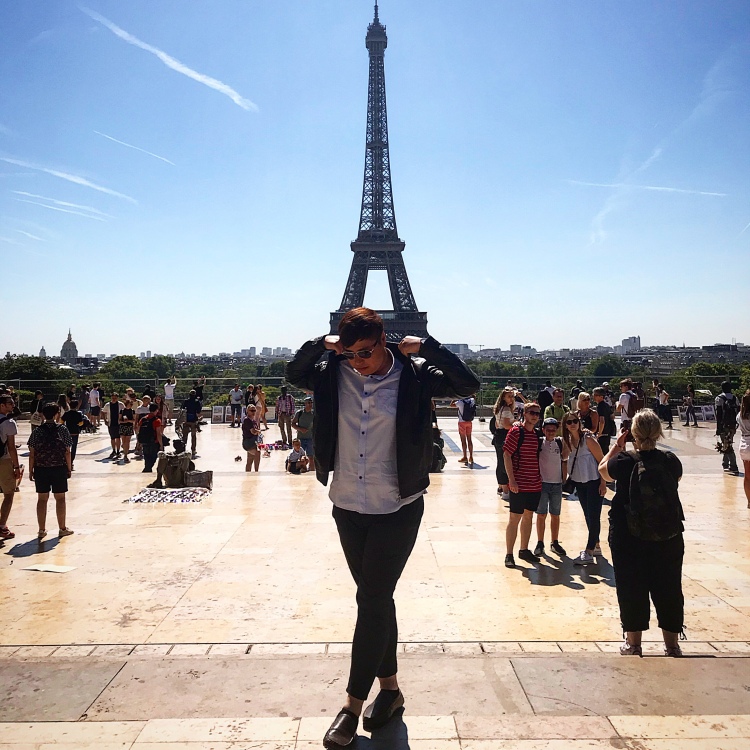 I was only in Paris for 2 and a half days actually, it is the end of our trip and we are all exhausted, tired on the road. This might probably explain why I didn’t go to as many places as I hope to. Furthermore the weather was extremely warm on the days that we were there, further adding the dampers to our mood. With that being said, I still managed to add on some sites and misses to the list from my last visit 7 years back. Immediately after arriving we took the Metro to the Louvre Museum, it was absolutely crowded here and we got a peak of the surrounding area. Of course this included plenty of photos with the quintessential glass pyramid. 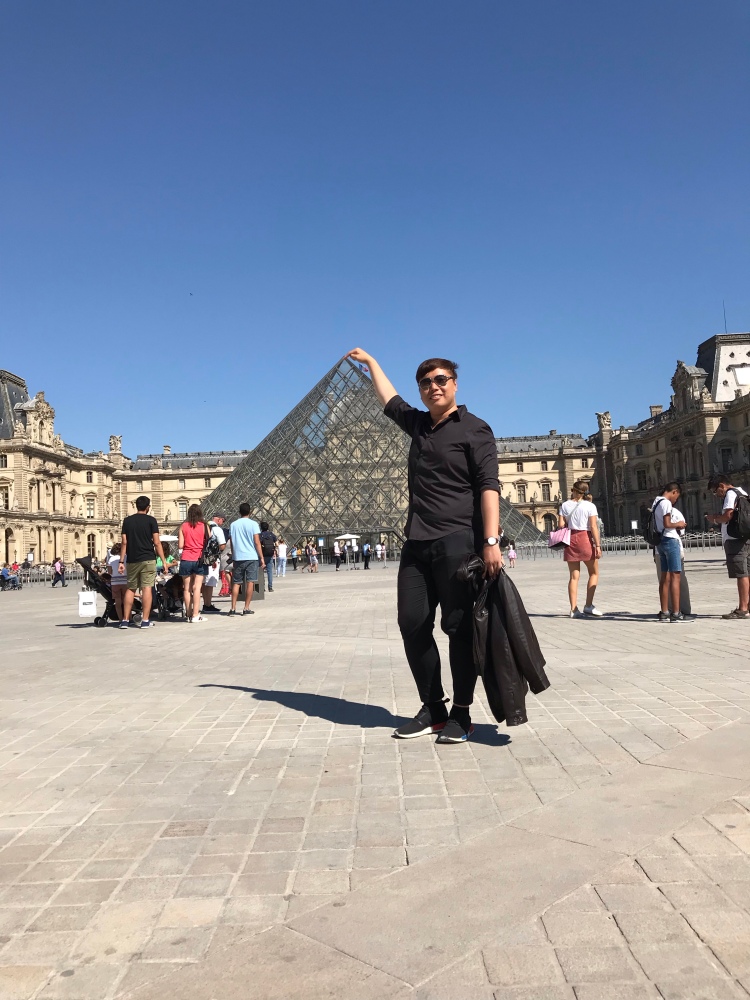 It definitely includes figuring lots of angles to get the right one. A short walk away is also the Saint Honore shopping district where you can find literally any luxury brands you want. 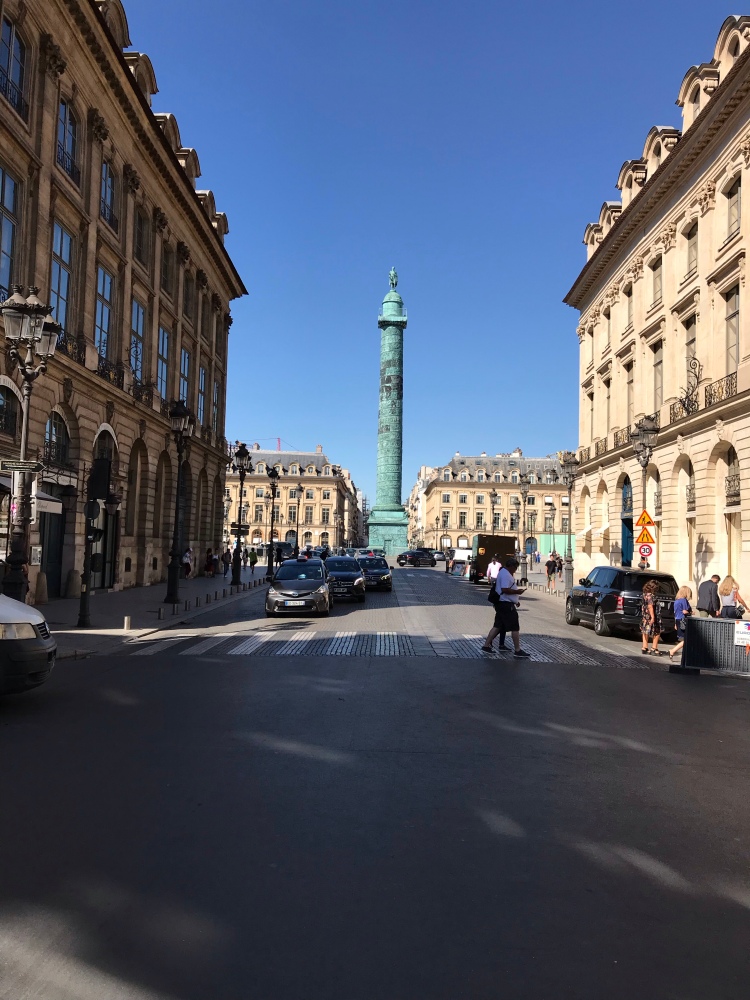 While romance can be found anywhere in Paris, sometimes we also go need some dreamy sci fi in our lives and there comes Pont de Bir-Hakeim! Once of the numerous bridges in Paris linking up two sides of the Seine River. This place is a photography spot and made even more popular after the Inception Movie starring Leonardo DiCaprio. The bridge also comes with its history as well with it being more than a century old. I love that there are sweeping views from the bridge as well. You get the river as well as an amazing view of the Eiffel Tower! Come here for some photoshoot! 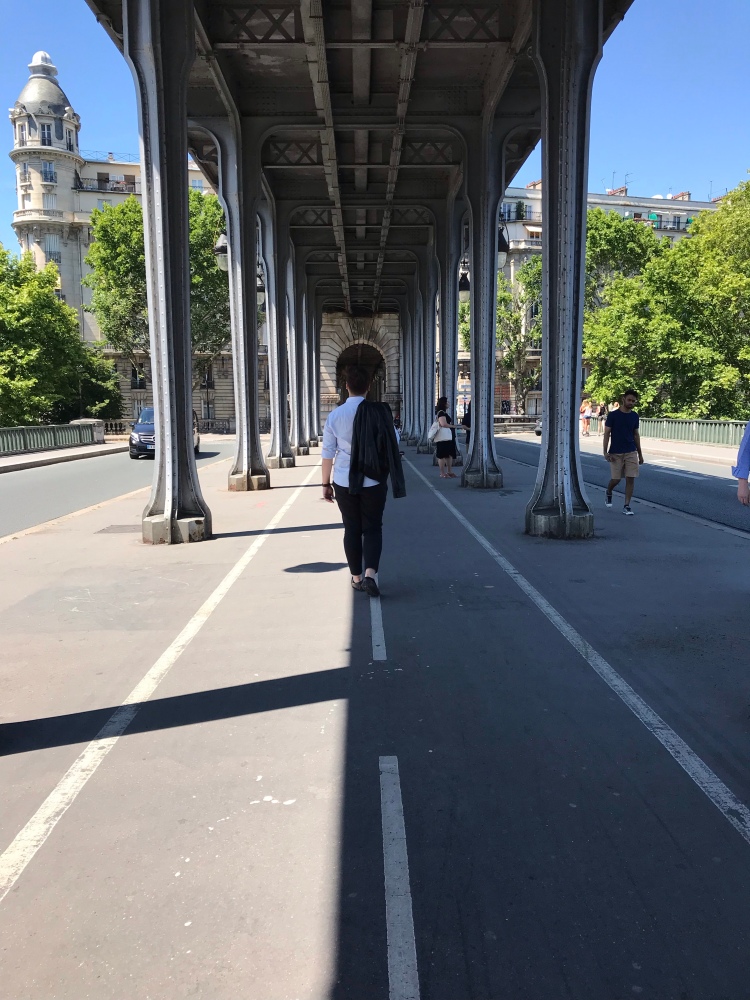 Pont Alexandre III, the other bridges in Paris that I would like to introduce you too. On the banks near the Grand Palais as well as the Champs Elysees. This charming ornate, late 19th-century arched bridge in a Beaux Arts style is absolutely a beauty. The name is also a little special and not so french since it is name after a Russian czar. On both side of the river you can also find multiple bars and cafes where it is perfect for sipping wine and coffee. The view of the Seine is also lovely.

Trocadéro Gardens or Jardins du Trocadéro is the place to head to for all visitors who would like to have the perfect view of the Eiffel Tower. While there is a thing about heading up the tower and be able to get up close with it. It does not necessary give you an awesome view when you are so near to the tower and of course to get that Instaworthy picture. Here comes the Trocadero park, easily accessible via the Metro and you will be greeted with this view once out of the exit!

When in Paris you also cannot miss out on dining in a classic French Bistro and experience the local food with a glass of red wine while watching the buzz goes around. So frenchy! Bouillon Chartier which I have shared previously is a good and affordable choice!

Also! Paris and Michelin practically partners each other. One of the city with the most michelin stars. You can’t miss out on pampering yourself with some fine dining. Head to Astrance for a nice meal and sum up your trip here.

The Eiffel Tower, well well, how could you miss out on this place if you are ever in Paris. The more representative work of France. Let me share about my visit to the 1889 iron tower as well as my trip to the top of it. Originally built as a temporary exhibition to to the world expo, it was not expect to be even still standing today! For that cliche picnic or another spot to take some awesome pictures would be the park right in the front of the tower, you also could not miss the Champ de Mars. This is a popular place for proposal and anniversary. Well champagne, strawberry and a mat are common sights over here.

Here are some pictures around Paris as well. 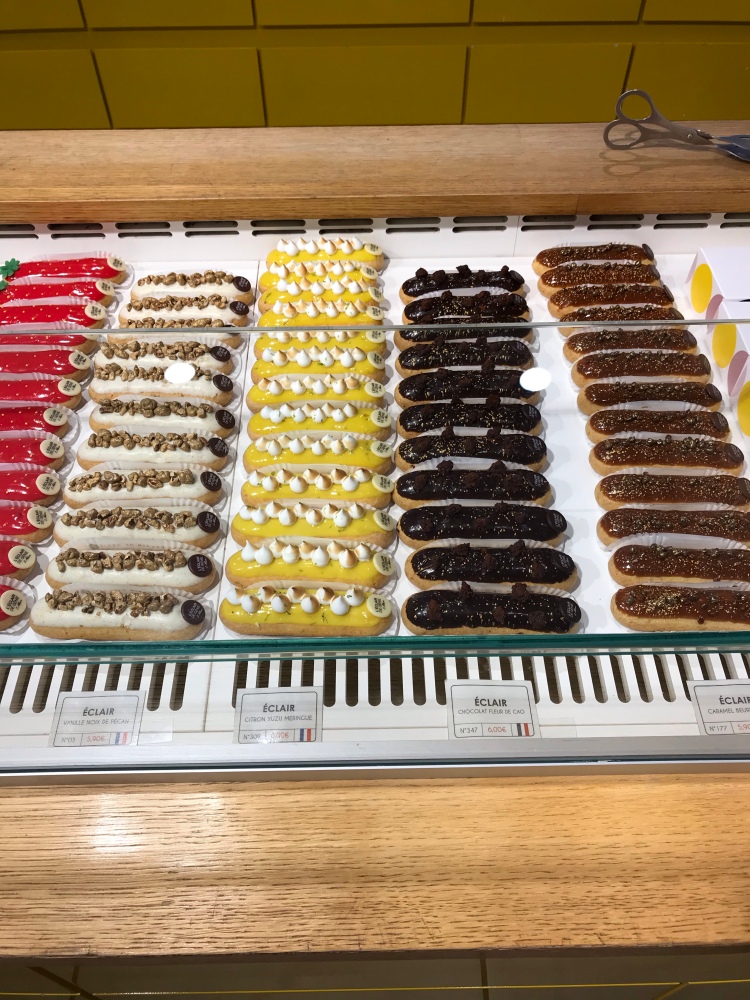 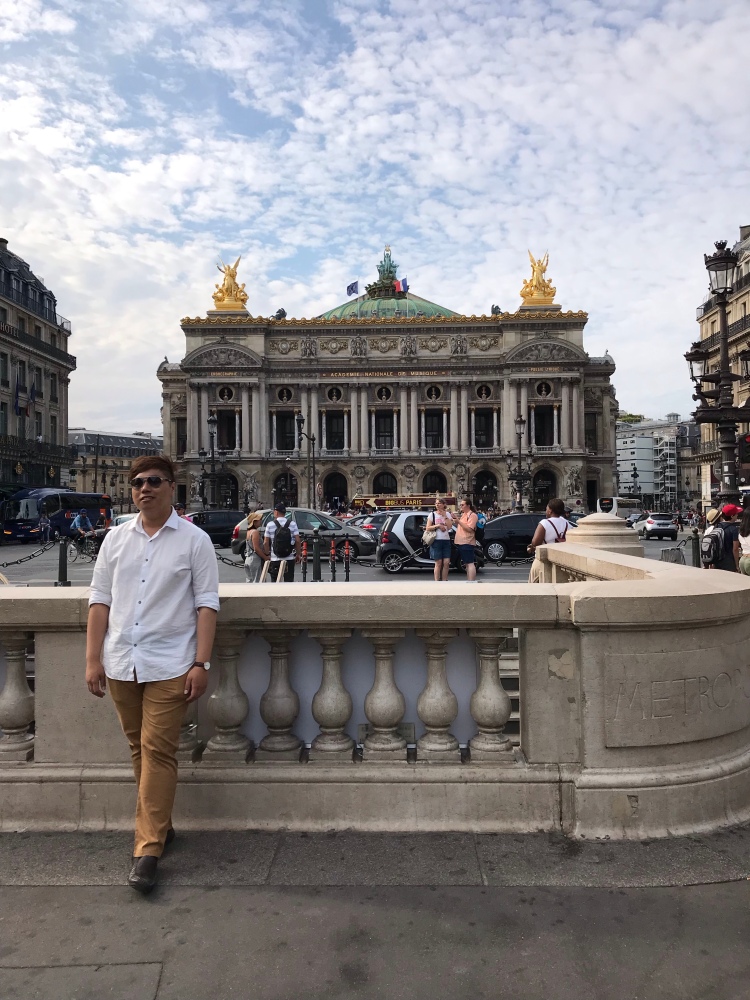 Undoubtedly the Eiffel Tower is one of the most impressive and magnificent structure in the world. I am also very lucky to be able to see the tower light up just as I arrived. This is 10pm in the summer when I was here in July. The blinking of the lights also occurs 5 mins before the hour to 5 mins after. There is a two fold security check here, one when entering the grounds and another after the ticket check. I will recommend you to get tickets online if you want to visit in the day but I didn’t managed to get one since they are sold out super fast. I decided then to come in the evening to see it with the lights. 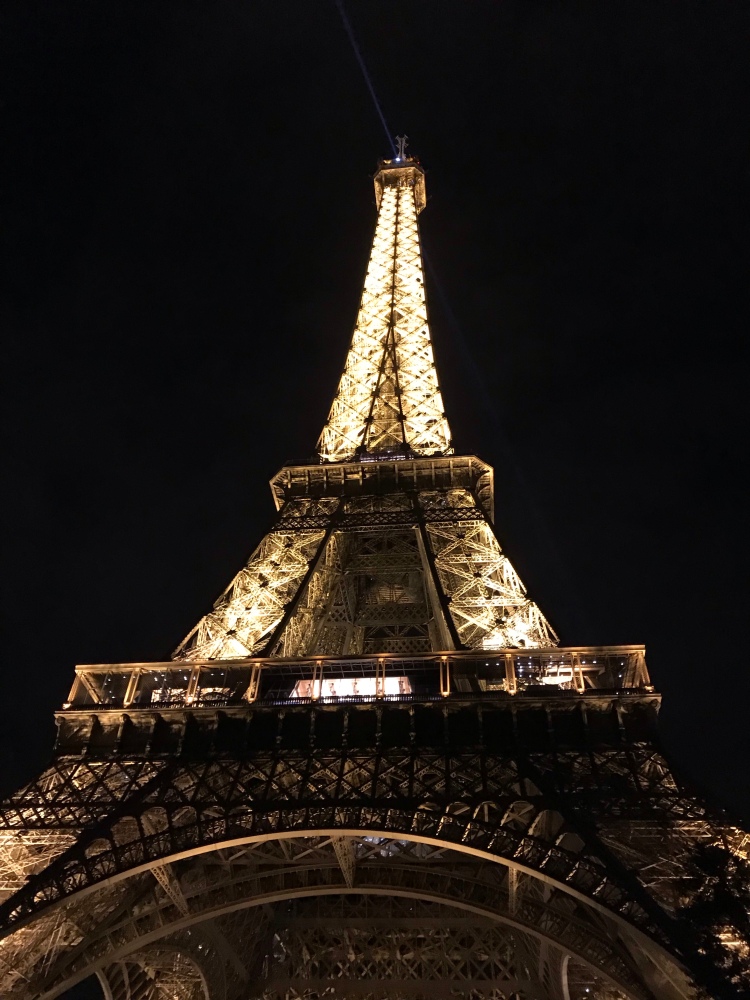 You have a couple of tickets options, to access only to the 2nd level or all the way to the top, if you would like to take the lift or go with the stairs. All of them are different prices. Although it was pretty packed, the queue move rather fast. I of course went all out and go for the lift access to the top of Eiffel. Wifi is also available on site and pretty fast. You get a really awesome night view of Paris. Personally I think it would be nice to come either at sunset or when it is late at night. 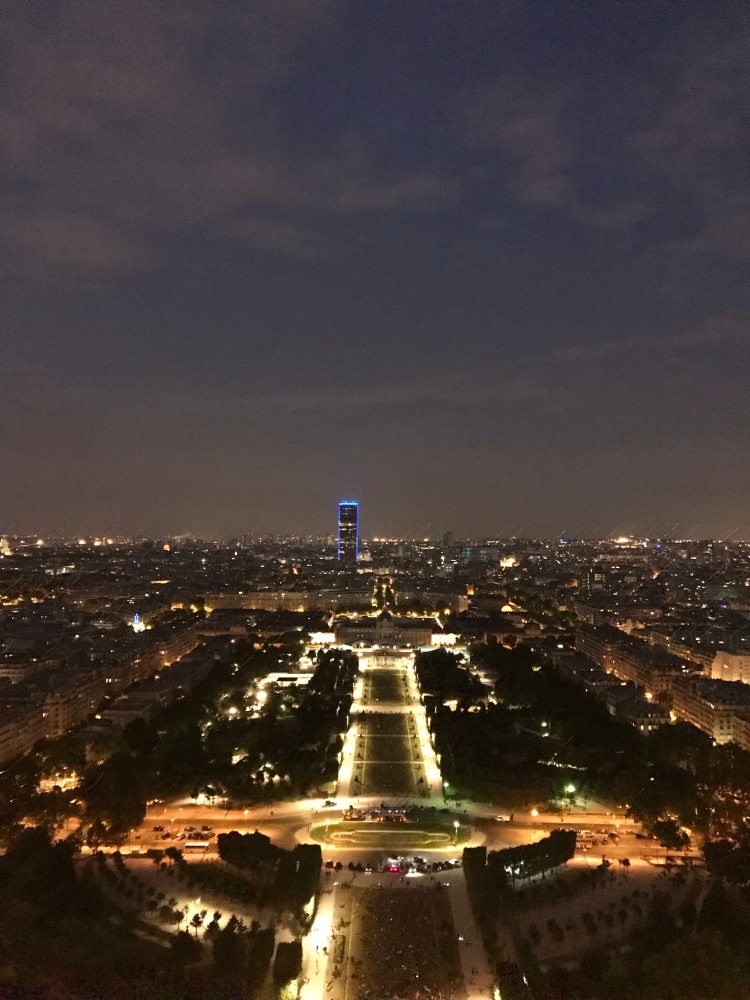 You first get the lift up to the second floor, then there you have to change to another lift to get to the top. This second lift had a much longer queue. Although they said that 11pm is the cut off. We are still on the way up. It is really impressive to be at the top of the tower, it is rather windy too as well. Here you can get a good view of the whole of Paris. It is rather dark for taking nice pictures though. When you get to the top of the tower, it does get rather cold and chilly up there, so do bring along a sweater. You can easily spend 1 or 2 hours up there checking out the view and admire the city of Paris. I find that you should just get the ticket to the top, the 2nd level is rather boring. I shall end of the post with this dreamy picture of the Eiffel then!

Once again, I had too little time in Paris. Somehow it always turn out to be the last city of the trip, same as 7 years back. Next time it might be nice to be back in the winter and see the city in another light. Remember to check out my earlier sharing on my dining as well as the trip to Champagne as well. With my family off to get home, here comes another Seeing The World In Steps solo journey. Stay tuned for the next trip series!