I hope you have enjoyed both of my previous post regarding my trip to the Champagne region. Since I was based in Paris, I had to take a train to the Grand Est region and the only one that works out for my timing was Ouigo. I am sure this is rather new to you guys, in fact, despite being that well travelled, it is also my first time hearing of it. I would just like to share my experience on Ouigo in this post since it is rather unique in terms of train travels in Europe. Furthermore, hopefully I will be able to highlight the various key points that you have to take note of when travelling with Ouigo! Trust me, it is a direct contrast to the fuss less, common train travels in Europe!

Ouigo! Which literally sound like “We Go” is a fairly new product under SNCF, the french national rain company that started in recent years. They are known for being cheap, something like a budget service that connects various popular cities in France. This comes with certain cutbacks that balance out between price and ease. Ouigo usually depart in non peak hours, this can be in the early morning as well as late in the evening. Do pay attention to the station you are arriving in as well as they might not be the ones that you are usually using. But the most annoying and uncomfortable point of Ouigo is the rule were they stress that you have to arrive 30 mins in advance for passport and ticket check. You are also only allow hand carry baggage for free. Furthermore, this service was said to be only to benefit European citizens and they control this by allowing only European bank card on their payment portal. It is a bitch. Although rest assured foreigner can also take the train although you need to get someone with a European bank card to buy the ticket for you which is what I did! They are trouble. But so much cheaper for my ride to Champagne. 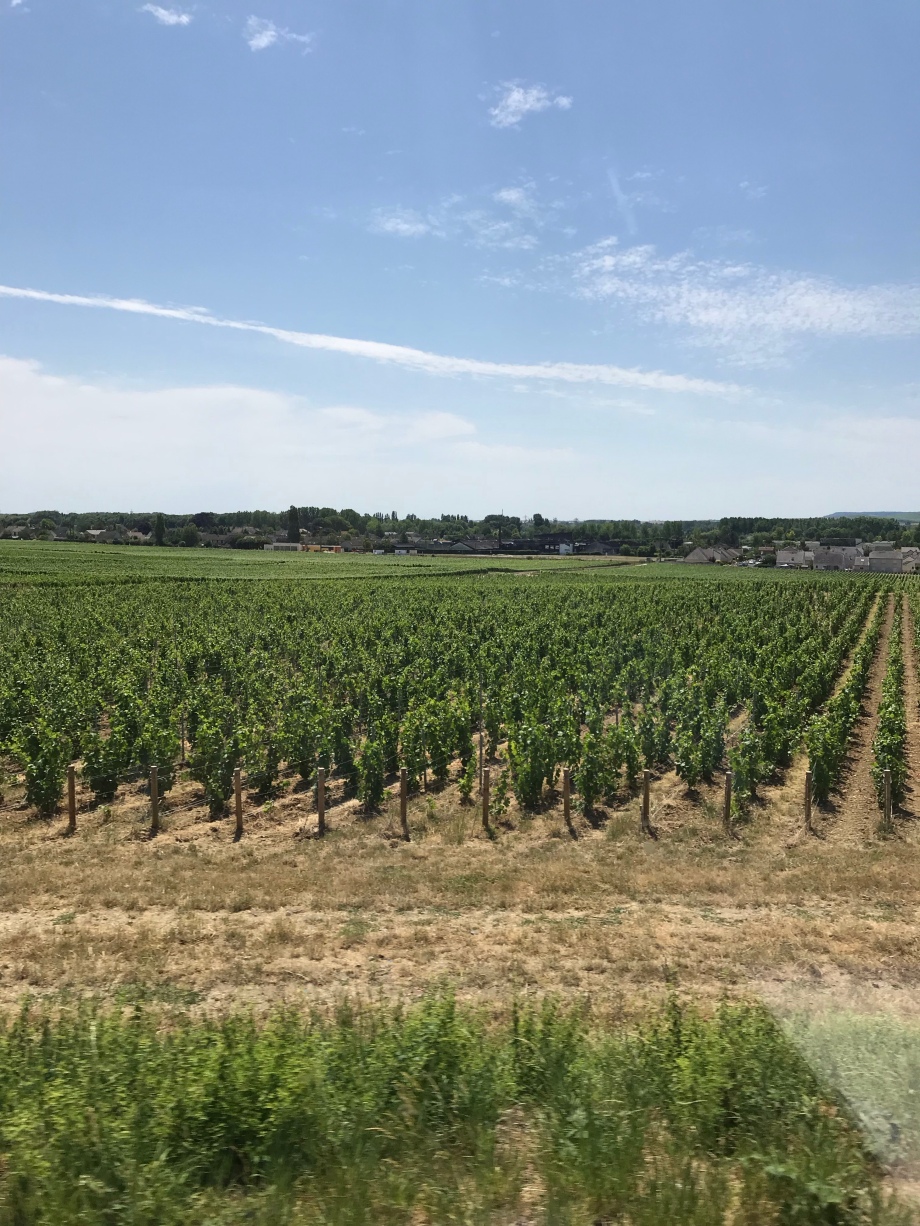 Tickets are also only given to you 4 days before departure, although this is fine with me. All Ouigo trains comes with seat reservation although usually seats reservations are not a concern for me especially in European Trains. I was kinda interesting in finding out how the whole ride would be. We arrive 30 mins in advance at Paris Est, as the rule state on the ticket. This means we are there at 5.30am for our 6am train. It arises to another issue.

Usually as per the norm, you check for the platform on the screens, I could not find our train number. I was literally panicking and there is no one to ask at this ungodly hour as well. OUIGO DOES NOT SHOW THEIR TRAINS PLATFORM!!!! Thankfully I got really worried and walk around the platforms before finding the Ouigo signs. Ouigo uses platform 1 which is at the far end of the station and hidden. The only sign is placed right at platform 1! Well that is such a useful sign! If people do not know they will sure miss it. Would it be so hard to put it on the screens!

The actual hard product is actually alright. Comparable second class and not a huge difference. Staff were polite and in fact they did not start boarding 30 mins before departure. People were queueing up and still boarding till departure so the 30 mins is really a gauge. Trains were similar although they were in a weird 3-1 configuration. They were comfy and with good legroom. If you are solo, you get one of the single seat which feel like first class too.

Overhead racks are really small, perhaps due to the double deck confi and why they need to control the bags. But actually the seats are well designed with a lot of space you can place a carry on under the seats. No wifi and outlets are available at the seats. There are toilets on the trains also. Oh, perhaps it is due to the service only for Europeans, announcements are only in French. I really feel the only difference with normal trains are wifi and outlets.

Overall I believe this Ouigo product is a huge marketing myopia by SNCF. It defeat the whole purpose of train travels. The reason why people love train travels in Europe is the ease, no control on baggage as well as them being direct to most city centres. This just show the impracticality of these so called budget trains. The most annoying part to me is the 30 mins rules and European bank card payment only. The aspect where train travels is super easy and you turn up to board in mins to departure is gone. I will say if the difference between Ouigo and normal trains are not huge like more than 30 euros, avoid Ouigo! The only reason I got it is cause I need to get into Reims by 8am and they are they only one that work for me!