Second part of my trip takes me to Italy. While I have ever been in Italy, I felt like I have to take an even deeper an even greater insight dive into Italy. Italy is full of treasures and in fact it is also the country with the most UNESCO World Heritage Sites in the world. Even after this turn around Italy where I spend more than 20 days in all, I have yet still to complete the north and south part of Italy. Since I was coming from Germany, Frankfurt seems to be the best choice given the amount of flights that they have to Italy. Rome was the natural choice given that it is the largest entrance to mainland Italy. Although I have been to Rome, I have decided to check it out even further and it will also be a good base to have a day trip to Pompeii and Naples which I will share on later. While I usually find that there is nothing much to share on an economy flight, furthermore an intra Europe flight, I am going to share with you how I managed to score an even better seat than flying Business! 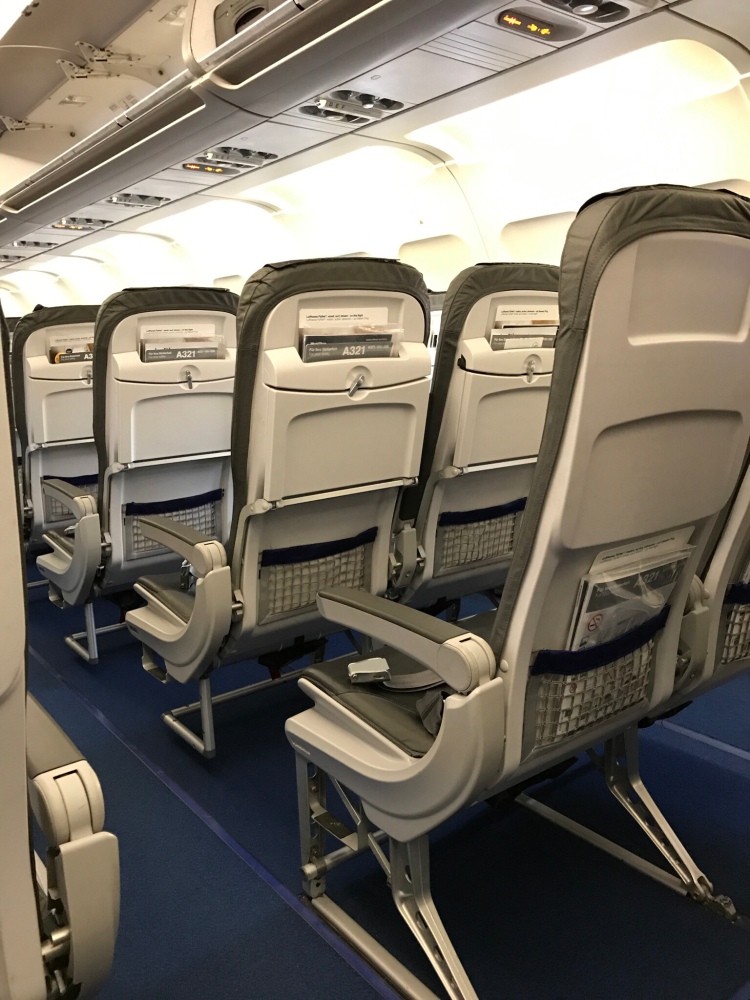 Lufthansa turns out to be the best choice out of Frankfurt and thankfully I decided on it. I was on an afternoon flight out of Frankfurt, LH240, which was operated by A319, similar to the A320 it is kind of a narrowbody which you can find frequently operating routes around Europe. I left the Air France Lounge a little early to cater enough time to get back to Terminal 1 since that is where the flight is departing from. Thankfully there wasn’t much queue at both the security and customs. Terminal 1 was bustling. It was so crowded in compared to the seemingly isolated Terminal 2. The terminal also had more amenities. Leaving from A64, it was all the way at the back. Worse come to worse the flight hadn’t been allocated an actual gate but we have to actually take the bus. Thankfully it isn’t too crowded and I was one of the first to board. It is kind of an disappointment when the home airline doesn’t get a gate at its own hub. What a downturn!

However it is sure nice to get such a good close up view of the aircraft, despite working on an airbase and seeing so many planes up close, the excitement sure still felt good. I was seated on 12D, an extra leg room seat. Before I get to sharing on the flight itself, I would like to talk on how I booked the ticket which results in me being able to choose the extra leg room seat. READ ON TO KNOW HOW CAN YOU SCORE A SEAT THAT IS EVEN MORE SPACIOUS THAN BUSINESS CLASS! When I booked the ticket on Lufthansa, being a typical european airline and all, airlines usually have a few ticket bundles and options that you can book, they tend to even differ it up up even in Economy. While on the promise that this will suit customers plan better, it is just a gimmick to earn more variable revenue! I remembered that the Light option only allows you to bring on a carry on. While the next higher up the Classic which is more pricy allows you to check a bag and a bunch of other things such as seat reservation and stuff. In fact I wanted to go on with the cheapest option since I don’t really need other things and I don’t need to choose a seat as I am travelling alone, although I had to check in a bag so I will need to add it in as well. However that turns out to be even more expensive than the Classic fair after adding the check bag. Thus I choose Classic fair to go ahead.

What I didn’t realise was the ability to choose seats even on the exit row! Usually even good airlines like Singapore Airlines and stuff will only allow you to choose it either when you have status or when you pay extra. The other options being able to politely ask for it when checking in at the airport. Seeing that I was able to choose it, that is the seat that I have choose. Unbelievable! Score! I actually thought that the Extra Legroom Seats would only be a couple inches more than the usual Economy seats as the norm, but look at this legroom that I had onboard the Lufthansa. I COULD PRACTICALLY DANCE WITH MY FEET WHILE SEATED!

I was one of the first to board while allows me to take a couple of nice shots. The flight attendant was also pretty nice. We had a nice chat later right before landing since the jumpseat is just located across the exit row seats. The A319 just consists of a single cabin with only a aisle, so besides the front and back of the cabin, there is a jumpseat in the middle along the exit row. The configuration on the exit row are pretty confusing. Like on the row 12 that I was on, there is 3 seats on the left then on the right there are the jumpseat and then 2 seats. Then on row 11 which is also an exit row there are only 2 seats on each side. Check out the picture below which shows the space between Row 12 and Row 11. Row 12 have plenty of leg room. There were really spacious!

While Row 11 which was also an exit row seat did not seems to have that much legroom as the one that I had.

I was so glad with the leg space that I had while giggling at those business class passenger that totally overpaid and then yet have only the same space as those other economy seats. For those who are unsure, Business and Economy in europe have the same seats. In fact they are totally the same with the difference only in having the middle seat block out and having better refreshment. With a flight tiem of only around 1hr 45mins. Refreshment are nothing! I could stretch my legs here and there like a boss. However do keep in mind that to be seated in the Exit Row, you do have to be able to speak either English and usually the airline nation language fluently. Which in this case was German. There was at first a korean lady seated next to me although in the end she moved as she can’t speak both. 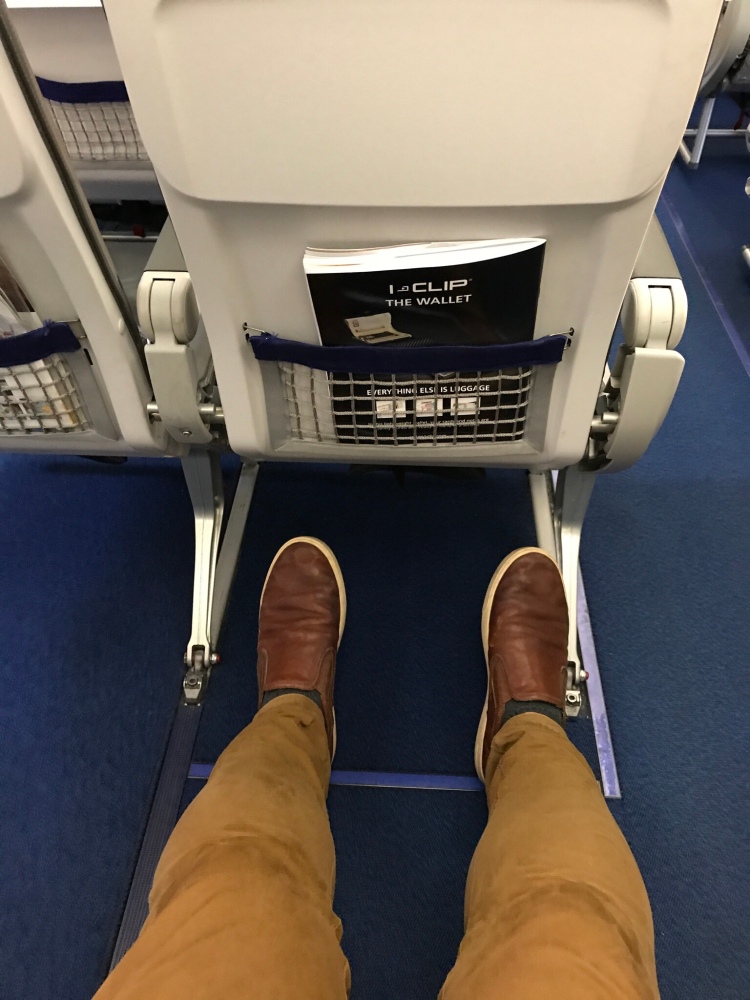 The flight was pretty smooth, with me enjoying all the space that I had with me. Time pass pretty fast. Half way throughout the flight a light snack and drinks was also being served. On the day of a little cheese and ham sandwich. I also had a white wine to go with it. It is pretty awesome that anything was being offered at all. Given that airlines such as BA don’t even offered it at all. While on the america side. You don’t even get alcoholic drinks at all.

It was a nice flight and we even arrived ahead of time with a gate as well. I am so looking forward to much more pleasant weather in Italy. This is how you get extra leg room seats. And to sum it off. It was the most comfortable economy flight I ever had. Yes, It is even better than my beloved SQ!