Finally, here it is, the beginning of this brand new trip series, Seeing The World In Steps first step to the land of down under. This Travel Blog have been reaching some new milestone ah! For the very first step to Melbourne, it all starts with Singapore obviously. With my leave seemingly precious, I rushed home from work prior to heading to the airport for my flight at 10.40pm. Emirates leaves from Terminal 1 out of Changi Airport, despite being the oldest terminal in town, I’m sure it still ranks among the world best when compared overseas. HAHA, below I would like to showcase my brand new customised Passport Holder which I love a lot. Thanks Jamie. A traveller got to have his own customised one right? 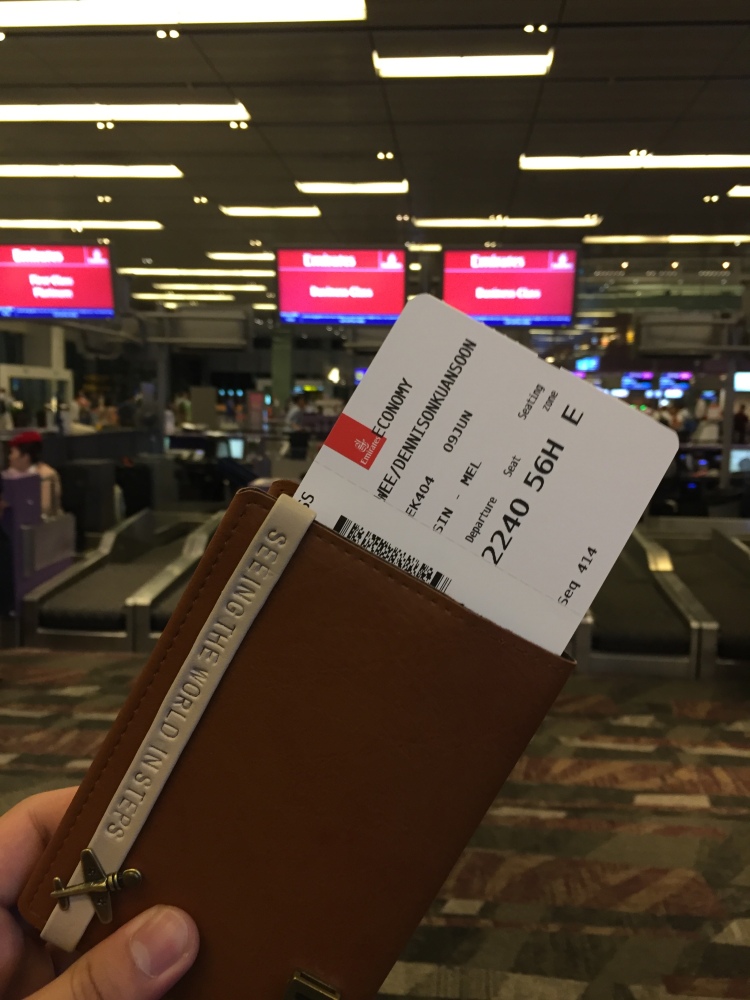 I have previously already check out the available lounge at terminal 1, just for some information, there’s actually 4 lounge that you can access with Priority Pass membership here, which you could easily get with credit cards in Singapore, the Citi Prestige Card, SCB Visa Infinite and DBS Altitude Card are some good example. With the Airport Wellness Oasis, Dnata Lounge, Plaza Premium Lounge and SATS Premium Lounge. I had actually aim to visit the Plaza Premium, as mentioned in my introduction since I have heard many good reviews about it and it’s only being established last year. However with a mistook and only realisation after the reception has swiped my PP card I was already in the SATS Premium Lounge. I had actually visited this lounge in the past, which is why I was disappointed to come here again, I would rather try something new. To understand a bit, the SATS Lounge was located in the main lounge area together with the British Airways, Thai Air Ways and also the Qantas Lounge, which is why I was slightly confused! Hunger places a part too ahha! Crap, such a failure for STWIS! On the other hand, the Plaza Premium Lounge and the Emirates Lounge was located on the other side, directly above the transit desk 😦

Turns out, the lounge was better than expected since it has a revamped look since the previous time that I was here. This lounge actually look very fresh and bright which I appreciate, there was a little queue at the counter too, given the amount of late night departure Singapore has! As usual, I was busy snapping shots while entering the lounge and the lounge was pretty packed, given that they are serving dinner service. I grab a seat at one of the corner that feature some couches which are arrange for groups. Some other seating are available including high table top and also some sofas. A bad point of the lounge was it’s lack of windows and glass and also the privacy! Much seats are out in the open. 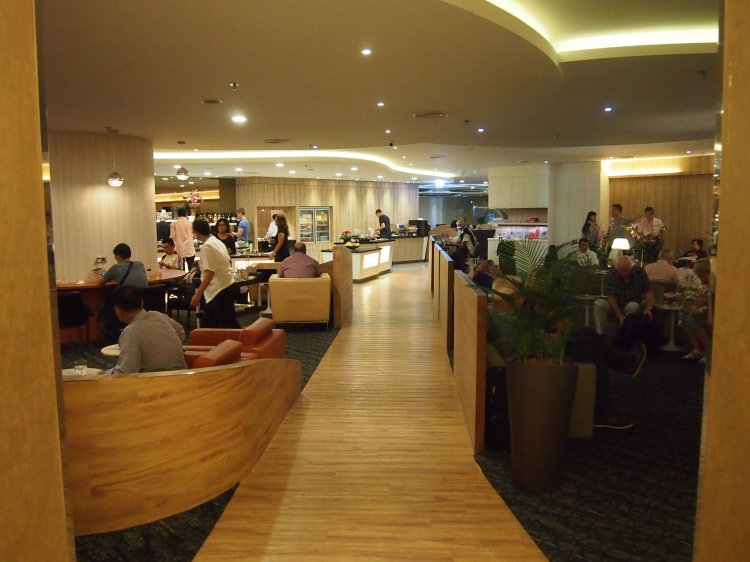 The advantages of the lounge were the availability of the message chairs in the lounge which was great for some quality time for people taking a slight rest or before boarding the plane right after work. Certainly takes out some of the tiredness in us. The buffet spread was also pretty extensive, with both asian and western options, amounting about 3 to 4 hot dishes for each options. The presentation may not look good here, but it is definitely very much edible. Besides this, there are sandwiches, salad, cheese and bread. On the drinks side, juices, soft drinks, water are all available. For liquors, sprites, beer and wines are all available, there was both red and white and you could also choose between tiger and arashi beer. The coffee machine serves up splendid lattes and cappuccino too! 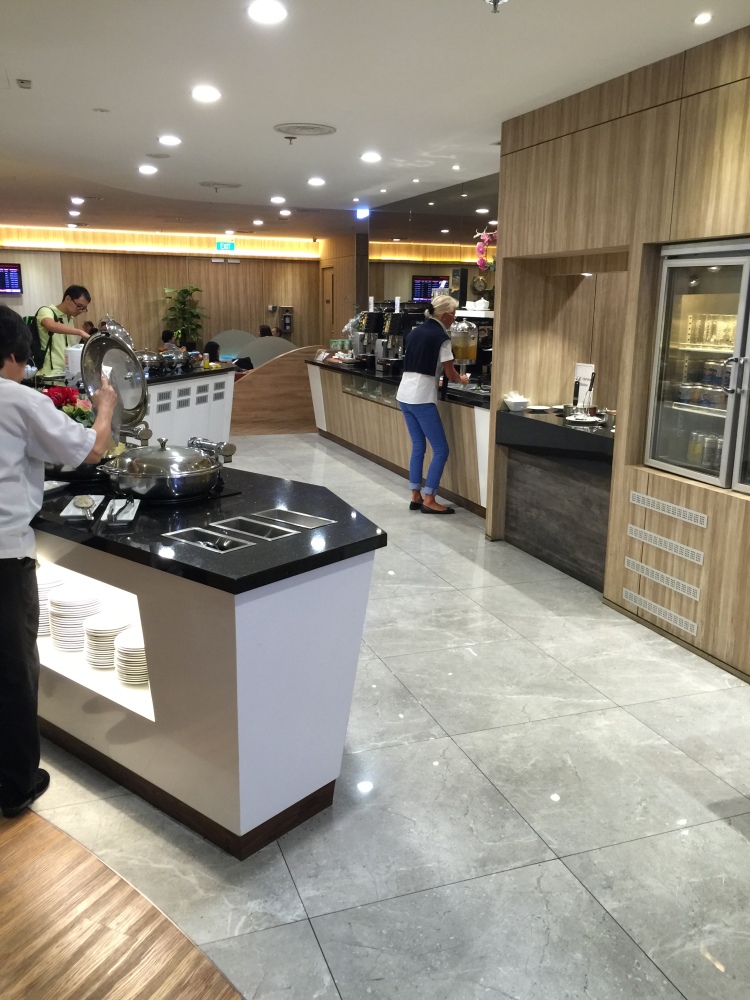 The aspect that gave me a surprise was a laksa live station available on the buffet which definitely serves as a highlight for dinner. Of course we are used to better laksa, but I am really impressed by the station at a pp lounge. The mashed potato and grilled chicken from the buffet was pretty good too!

On the outlook, I actually posted the Introduction right from this lounge, the lounge doesn’t really have an actual business corner with computers, but they had these private pods which were really comfy and private with a huge Samsung tablet, although I don’t find tablets really usefully and productive if you have to do last min work but I really find the idea fresh. The pods were great too! The Lounge also boost private toilets and shower rooms with an rainforest shower head. 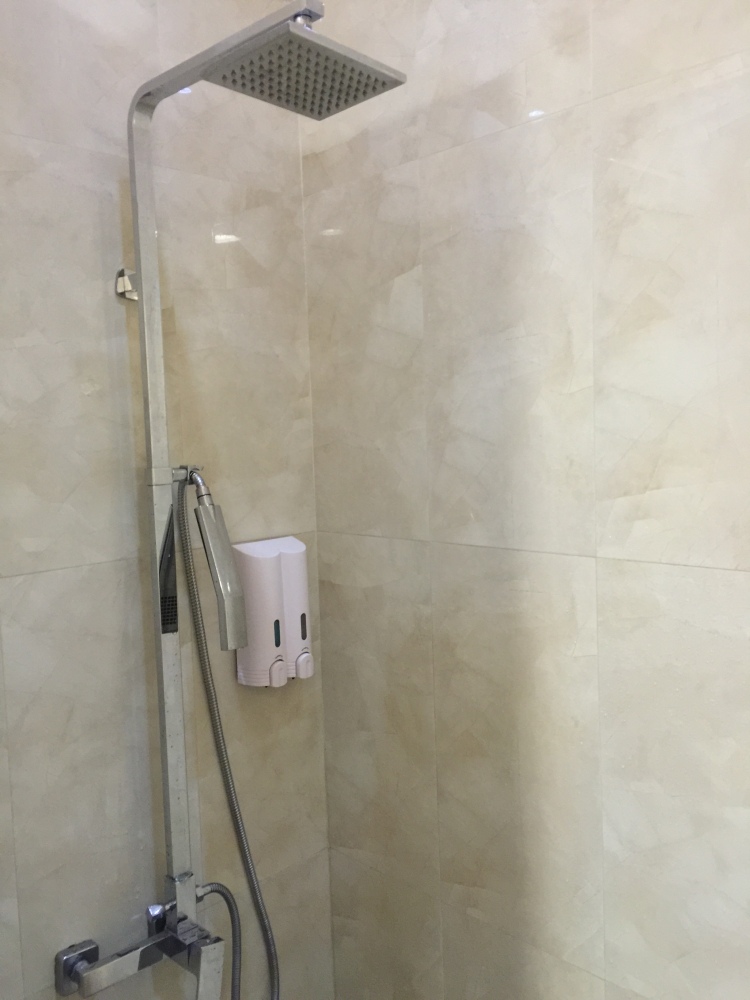 Service was pretty polished, from the receptionist to the workers clearing off used plates. However this is a lounge that doesn’t interest me much. After doing all the usual stuffs, I was pretty bored and thinking of leaving, the food was normal also. But a perfect normal place to wait for your next plane.

I actually visited the Plaza Premium Lounge next after leaving here, which I am gonna review it next and also do a slight comparison of the two best priority pass lounge in Terminal 1. Have you guys visited the SATS Premier Lounge? Do let me know your thoughts!